Millennials have been some of the most interesting and enjoyable clients that I’ve supported over the past 11 years since Forward Motion opened its practice. These young people have experienced and managed more change, more information, and more disappointment in the first two years after graduation, than I had to deal with in the first 10 years of my career. Several of them are on my “Personal Heroes” list.

Many realities are hitting them hard, right as they come out of college. As a matter of fact, many Millennials are wary of the pitfalls made by older siblings, friends, and the horror stories from the never-ending news feeds through social media with its constant information overload.

Concerns and fears include college debt, national debt, terrorism, personal safety, environmental challenges that loom in the not-so-distant future, and weather disasters that seem to have a weekly occurrence. 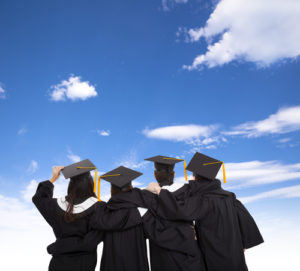 On top of that, “we” set their expectations that if they went to college and earned an undergraduate degree, then a job and a career would be waiting for them. We told them to “follow their heart”…the sky was the limit.

They didn’t do anything wrong…yet their careers haven’t launched and for many, despair has set in.

“We” didn’t know that dramatic change would disrupt their hopes and dreams. We thought they would go to college, graduate and get a job, raise a family and look forward to a better life than we have had. We want them to do better than we have done. We want them to be healthy, happy, and prosperous. We didn’t do anything wrong.

But change has happened more quickly than ever before and we now live in a different world. We understand that “Life is not fair.” …but we weren’t smacked in the face with that just as we graduated from college. Further, there isn’t a job waiting for everyone after they graduate – at least not a job where they can earn a living and live independently. (Please see the blog: Why do millennials seem lazy, entitled, unmotivated and apathetic?). Finally, for many, their degree may be useless in today’s job market. (After all that work in college…it’s very disappointing.)

These realities are bringing about attitudes in Millennials that, given the context, are reasonable. They are upset, angry, frustrated, furious …and in some cases, they are sullen, confused, mystified, bewildered and depressed. The American Psychological Association reports that they are the most stressed generation.

After watching carefully and listening intently to Millennials, their parents, their managers and everyone who has an opinion (which is everyone I meet), I’ve come to the conclusion that the fastest way to help them is tell them the truth and set the record straight. They’ve been lied to. It wasn’t intentional, but it’s the truth. We set expectations for them and those expectations didn’t happen.

The Millennial Brat and Bully

I admit that at times when I’ve found myself “delivering” truth, I’ve been awkward, clumsy, and sometimes harsh—especially when the discussion was in its umpteenth iteration over a period of six months.

This week brought an interesting conversation with a Millennial client who has had a very challenging time launching a career. I was inquiring about the weekly activities we both agreed would be completed for the job search. We were discussing whether those “responsibilities” had been met over the past months. (This was a weekly topic when we met.) I reiterated the responses (excuses) I received in our earlier discussions.

I was stopped mid-sentence and told that I was painting this person out to be a brat. A brat? Really? Truly, the thought had never crossed my mind. I then asked this client, “Is it true?…Are you a brat?” …no response.

Later in the discussion the same individual pushed loudly at me, “That’s not fair!” (Meaning I was not being fair in my assessment.) I left the situation feeling bullied.

It’s been frustrating. Trying to help these individuals understand that their current situation is their problem, their responsibility, and theirs to manage—even if they aren’t to blame. That first reality is followed by the second reality that it is highly unlikely that someone is going to hand them their dream career on a silver platter. It’s up to them to either find it, create it, work towards it with a valid strategy or redirect their career.

Finally, it’s going to be messy. We are dealing with people. Relationships are messy. Supervisors will be upset. Team members will be upset. There will be bad days and then there will be more bad days. It’s work. It’s a job. We go to work and hope for a day or two off to do what we like. We do this week after week, year after year, and hope we save enough by our retirement, and with good health, we can pursue other kinds of activities that we enjoy.

Are the Millennials to blame…or are we?

I promise my clients that I will “walk with them” through the maze of challenges in their job search. Each jobseeker’s situation is different and I sometimes find myself doing back-flips to find ways to help them take ownership of their career, their happiness, and their future.

Some Millennials, for a variety of reasons, graduated college with a relevant degree, completed internships at companies that move forward to hire them. Others find a variety of ways to make a smooth transition into adulthood and independence. That still leaves a significant number of early-career jobseekers who haven’t been able to launch. They need our help and not our criticism.

We easily fall into a trap of thinking that those still living at home have lame degrees because they took the easy way out, or they are lazy, or they won’t settle for anything less than the ideal job. Some of that may be true. However, I’ve worked with a nuclear engineer with a Master’s degree and there were very few jobs to even apply for. We learned that Post-docs in this area earn a whopping $30K a year.

This individual landed a job by finding a niche area in the science industry where no one seemed willing to go. It took a lot of determination and a highly methodical search process. There were very few jobs but fewer applicants. Every application brought an interview. The contract and benefits are terrific and pay was much better than the Post-docs. This job search took about a year.

These early-career clients have taught me to use great caution and not to make quick judgements as to why young Millennials are struggling.

Is life fair? Who said so…

Everyone got a trophy—even the last place team.

For generations, parents wanted more for their children —a brighter future. Has this led to excess?

Parenting in the United States favored keeping children safe from every potential harm or hurt. Parents provided a deeply enriched childhood filled with a wide variety of experiences including everything from horseback riding, ballet lessons, music lessons, sports, fencing, academic clubs, and tutors, psychologists, and coaches to help wherever or whenever needed.

Is it possible we spoiled them?

When a child didn’t get field time during the soccer game, was it a parent that railed the coach and mercilessly insisted that it not happen again?

And when the family meal wasn’t acceptable…to a youngster, was a preferred alternative provided?

If a teacher or college professor didn’t issue the desired grade, didn’t mom or dad call, email, and press the situation until the grade was changed?

Why wouldn’t they expect this to continue?

Additional contributors to the Millennial malaise

Since the Millennials began seeping into the employment scene, technology has taken on a major role in the hiring process. Boomers continue to linger in the workplace, trying to make up for the losses sustained during the Great Recession. This resulted in a traffic jam that isn’t creating space for entry-level employment. …unless you call “barista” a career track.

We need to tell the truth. Life isn’t fair. Even if a person does everything right, life throws curve balls and it’s easy to strike out. It’s even possible to strike out for several consecutive innings. It becomes critical to look forward to the next inning or the next game.

I believe we need to:

The only people who don’t make it are those who stop trying. Encouragement and hope, from a trusted source, can make the difference.