This job was important to Don and when the call came to schedule an interview, he took special care as he prepared.

As a non-profit accountant, Don was very aware that opportunities were disappearing as his industry began outsourcing his business function.

Early in the recession, many accounting jobs had been eliminated. It wasn’t a surprise when he was laid off. Nonetheless, he was devastated and especially worried.

Don was unsure that his career in non-profits would carry him to retirement. He wanted to change industries so when this interview came through he didn’t want to blow the opportunity. It added a new layer of stress.

The call came on a Tuesday and they wanted to move quickly. The interview was scheduled for Thursday morning. Don called and we met in my office on Wednesday morning to prepare. He would meet with four different people, each for 30 minutes. Afterwards, he would circle back with the HR Director.

Don liked the people and they seemed to like him. They even laughed when he described a situation from his early career—a time when he had to deliver bad news to senior executives. It wasn’t funny when it happened, but in retrospect he had learned some powerful lessons. Don was sure he could do the job and he felt positive when he left.

His excitement rose when the recruiter called later that day and said they would contact him by noon on Friday. Don called and gave me the great news. I was skeptical of their timeline.

Sure enough, noon came and went.
Don called me a little after one o’clock. He was seriously upset.

“Something went wrong. I didn’t get the job. It’s one o’clock and they haven’t called. Should I call them? Should I email? I don’t want to jinx it. What should I do?”

“Don, I’m not surprised that they haven’t called you back.”

“Yeah, but they said by noon today. They were specific.”

“Uh, huh. I hear that a lot. What they really meant was they hoped they could move it through that fast. Really Don, think about it. Where you used to work; would they be able to pull together a contract, offer letter, and get approvals in less than a day?”

At five o’clock Don called back. He was sure he was out of the running. Perhaps they offered the job to someone else and were waiting for an answer before telling him he didn’t get the job.

“Don, get busy. Walk your dog, clean your garage, wash the car, go to a movie. It isn’t over until it’s over. I mentioned yesterday that I didn’t think their timeline was at all feasible.”

Monday noon: still nothing.
I called. Don was upset, going over and over the interview sessions trying to figure out what he had missed.

“Don, send them a quick email. Keep it easy and light. Don’t apologize for the email. Send something to the recruiter like: ‘I’m just checking in to see if there’s an update on the accountant position. Thanks.’ Then give them at least until tomorrow noon to respond. You never know about these things. So much can happen; a child becomes ill and the person who has to sign off isn’t around…you just never know.”

Tuesday noon: no response.
Don called. This time he was angry.

“They said Friday noon! It’s Tuesday and they don’t even have the courtesy to tell me they’ve changed their mind or at least let me know when they might get back to me. Why would I want to work for them!”

“Yep. This is the hard part. Still, we don’t know what’s going on. Maybe they’re trying to get you more money!” (I was trying to put a positive spin on it…which didn’t work.)

“I suggest you finish cleaning your garage or whatever project you started. Tomorrow morning, I’d call. Again, keep it short and light. Simply ask for an update. Leave a voice mail if no one picks up. Don’t make any accusations. You need to sound positive and up beat—as if this whole ordeal is nothing. Demonstrate your flexibility.” 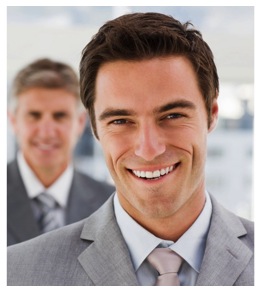 “Don! Good news! They really liked you. Could you go in on Monday? They want to introduce you to a few of their business partners.”

Don was stunned and blurts out, “Sure. What time should I show up?” Recovering a bit, he said, “I look forward to meeting them!”

Three weeks later, Don signed the contract. He was exhausted. 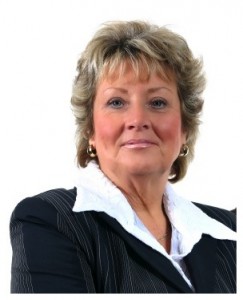 The time following an interview can be the most excruciating phase of the job search. The dance that follows has to balance a host of factors including:

With so much at stake, it is one of the most difficult challenges.

What is the time frame?

The time period from your interview to an offer can vary widely. Sometimes only one interview can be managed a week. So interviewing four candidates takes a month. From the offer to the start date can take one or even two months. Other times, it can be less than a week with an almost immediate start date. There are no rules here.

Here are my top tips.

My application is dead…why should I bother?

Even if you think the opportunity is gone there are some really good reasons to reconnect with hiring professionals.

I’ve written this blog to encourage you through your job search. It isn’t over until it’s over. Manage your attitude to remain positive. Encourage others. Together we can get through this with our dignity and integrity intact.

26 thoughts on “Are you waiting to hear back from an interview?”