You WILL get a job…If

Boomer Jobseekers are struggling mightily with the perception that they are obsolete and their career is over, done, finis. It’s a myth, a lie, a sham. It is a shame that so many boomer-jobseekers believe this cruel deception.
Living the lie. This economic disaster has devastated workers over 50 perhaps more than any other age group. Especially for those who lost their jobs between 2008 through 2011, this has been a life-changing catastrophe. They have lost their friends, their family, their homes, and in many cases, their very identity. They have become an invisible tragedy. 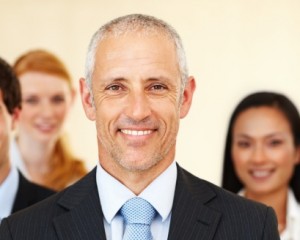 Many people have given up hope. Why shouldn’t they? How long should they be expected to work tirelessly without any suggestion that there is a job for them? They are treated as if this economic disaster is all their fault. They are some of the worst treated people in the U.S.

The job market is changing! I’m not suggesting that the economy is in recovery and everything is going to be terrific by May 1st. We’ve been creeping along in ultra-slow motion for over a year and that isn’t going to change quickly. However, the job market changed almost overnight and it is about to do it again.

Refreshing and recent true stories: Alice is in her late 50’s and worked in the newspaper business and knew she needed to reinvent herself. She enjoys travel. She retrained to work in the non-profit sector but wound up with her dream job in the tourism industry.

Tom is his mid-50s, an IT infrastructure analyst and project manager for mid-sized companies. He has been recently hired by a large corporation in their IT help-desk area.

Joan, an executive to a small non-profit was laid off for two years. After several interviews she realized that she didn’t want to go back to the executive suite. Instead she landed a job as a Program Manger in a larger non-profit.

Rod is in his 60s and was laid off in October. He has no degree and no certifications. His computer skills are marginal at best, other than email and some web surfing. Rod was a shop manager for a manufacturing company that produces high-end windows and doors. He is masterful with employees. (The shop has both union and non-union employees.) Rod began work in a new job the first week of April.

Why the change will happen soon.
Ken Gronbach, demographer extraordinaire, has been predicting a major change in the job market since 2011. He says we are on the cusp of major change—NOW. And where boomers are concerned, this is going to be the break they have wanted and needed.

Finally, the news is coming out. This week Pew Research reported that:

Ken Gronbach puts it this way:

“Four million baby-boomers are going to retire every year for over a decade.”

Do the math.
Even if people choose to work longer than age 65, there are still more senior boomers who will retire. In other words, this mass of retirees didn’t suddenly appear on the horizon. This has been building up and the time is now.

If four million people retire every year, that’s 333,333 people per month. The Department of Labor tells us we need 250,000 jobs per month to match the number of people moving into the market. That’s why it was really disappointing when the April job numbers reported only 88,000 jobs in March. (But who knows what it will be in two months when the real numbers come in.)

Why will these numbers change now?
Most people, when they retire, cash out and sell their home. It was their investment for their retirement. Home values plummeted, but now that the stock market is recovering, many people will be able to sell and move into retirement. (My heart aches for those who have lost their homes through this economic disaster.)

So as more people are able to sell their house and retire, jobs will become available. There’s been concern that current job creation have been low-level positions and not the high-level, high-paying jobs. This will change.

Don’t believe me? Here’s proof:
If you don’t believe Ken Gronbach, the Pew Research teams, or me; then would you believe the Society for Human Resource Management (SHRM)? A joint study between SHRM and AARP produced a report: Concerns Grow over Workforce Retirements and Skills Gaps. The study shows that:

…U.S. employers are ramping up training programs aimed at closing expected skills gaps left when Baby Boomers retire. In addition, companies are enhancing employee benefits that they hope will help with recruiting and retaining older workers, defined by the survey as workers 50 years old and older. But fast action is needed. (Emphasis mine.)

What should you do now?
Get ready!
Believe it or not, your age is not the issue. Attitude is one of the top critical hiring factors. So if you need an attitude adjustment, now is the time.
TIPS:

Warm up your network.
Your network is your eyes and ears. Reconnect.
TIPS:

If you are a rejected jobseeker, take heart and take action. Do you know a hopeless jobseeker? Send them to this blog.

You’re younger than your age:
One more point from the Pew Study:
“…While about half of all adults say they feel younger than their actual age, fully 61% of Boomers are feeling more spry than their age would imply. In fact, the typical Boomer feels nine years younger than his or her chronological age.”

You WILL get a job IF you do these two things: