We continue to face challenges brought about by the Great Recession. Many people find themselves wondering if they will again be without a job. Other people I talk to have already found that their unemployment status is disrupted by bouts of temporary employment.

Is this what they can expect for the remainder of their career? Intermittent work? Is this the “new norm?”

Is there a global jobs crisis? How can we know? 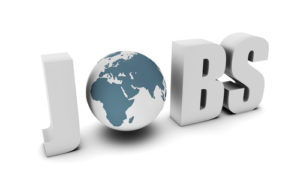 The G-20 report, a collaborative effort of the Organisation for Economic Co-operation and Development (OECD), and the International Labour Organisation (ILO) reported that 100 million were unemployed, and 447 million were among the “working poor”—meaning they live on less than $2 a day.

I wonder if 100 million unemployed people is a lot? …from a global perspective?

The World Bank Report wrote: “The world is facing a global jobs crisis that is killing the chances of reigniting economic growth.” That doesn’t sound good.

The US media indicates that unemployment is at an all-time low…and we are in a solid recovery from the Great Recession…right? Consumer confidence is up! What’s the big deal?

Yes indeed! The official Employment Situation as reported by the US Bureau of Labor Statistics is at 4.1% as of November 3, 2017. Only 6.5 million unemployed persons! The number of unemployed persons has decreased by 1.1 million since January of 2017.

Is it possible that the media isn’t presenting the whole picture? Let’s look.
There are “other” demographics that are not taken into consideration when the BLS does their calculations. For example:

This article on CNBC, from May 2017, gives an outline as to why the unemployment numbers from the BLS may not be a true picture of “reality.”

This is a critical question. The same CNBC article also discusses the Labor Force Participation Rate.
“In April [2017], the participation rate edged down to 62.9 percent. …due to fundamental shifts in the economy.”

The BLS identifies people as either employed or unemployed—either they have a job or they don’t. That’s clear…to a point. If 62.9 percent of people have a job, then 37.1 percent do not.

According to the BLS their number counts are based on strict definitions:

People who do not fit either of those definitions are not counted in the numbers. Therefore, we must say that of people who were counted by the BLS, 37 percent of those counted, were unemployed.

I have a friend who gets part-time work at an Arts and Crafts Store. There are weeks when she isn’t assigned any hours. On a good week, she can get 14 hours of work at $12 an hour. She is a zero-hour-contract employee. She never knows what days she will be needed and she has to have full availability during the hours the store is open. Therefore, she can’t get another part-time job to supplement her income.

According to the BLS, she is employed! However, there are many weeks when she has no income at all.

Some people are so fortunate that they have two or even three jobs — but they are all part-time and they still can’t make ends meet. But according to the BLS, they are employed. And these people are a sign of a healthy economy. Sorry, but I’m not buying it.

Individuals in both of these situations, according to the BLS are indicators that we are doing well here in the U.S. How are you doing? Do you agree that the economy is doing better? If you are doing better, are you concerned that it may not continue? I’m sorry to say this, but you should be concerned. There IS a global jobs crisis and the United States is a part of it.

Do you need more proof?

This is always a number that the media shouts loud and clear. On November 3, 2017, the BLS report indicated the creation of 261,000 jobs. That sounded so encouraging! We should celebrate! See…we’re doing better! That’s what the media is reporting. 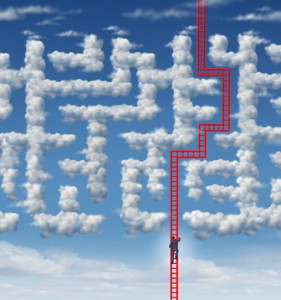 Where are those new jobs?
If we look into the rise in available jobs, we find that the “sharp increase” is in “food services and drinking places.” Now I’m not so encouraged. I also read that the number of long-term unemployed (longer than 27 weeks) is about the same. The average hourly earnings for all employees “were little changed.”

May I conjecture that the jobs that are being created are low-paying positions? …it’s not rocket science. And although these jobs are a marginal help to some people, the media is not giving us a true picture of our economic situation.

How many jobs do we need, and at what level…to be growing?

According to Ed Butowsky in his article: How Many New Jobs Are Really Needed Each Month? He answers the question:

The answer is solidly no.”

Do you remember that those 261,000 jobs that are primarily in “food services and drinking places?” They don’t sound so impressive. The blog by Mr. Butowsky was written in 2014.

Where are the jobs?

That’s the right question.
According to a McKinsey study, 45% of current jobs could be replaced using technology that already exists.

An Oxford University study indicates that about 47 percent of total U.S. employment is at risk.

Jobs are going away, however, jobs are also being created—and they aren’t all in “food service and drinking places.”

Careers used to be linear. We would start a career, work hard and move up a ladder of sorts. That is no longer the reality! Employment opportunities have left that trail for good. That model is no longer valid. For years, I have watched as people still trying to follow the “ladder model” and it continually leads them to “yet another bout of unemployment.”

This is the primary reason that I call myself a Career Management Professional. I partner with my clients to know how to think about their future and manage their career. Yes, we focus on their next employment, but we also focus on how to align themselves for the job after that —and the job after that. Maintaining a continuous income today requires a lot more than a fine resume and getting the next job. 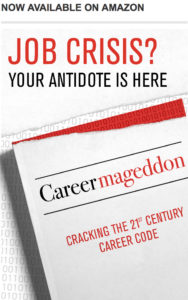 Every person (employed or not!) must be looking past their next job, or their next move and ensure there are at least two additional possibilities. With a wider scope of what’s going on in the jobs market, if it is possible to manage the next steps in your career and maintain your personal revenue stream, aka your income!

That’s why I wrote the book, Careermageddon, Cracking the 21st Century Career Code. Together, with Neil Patrick, we have put together what every person needs to know to be their personal economist and navigate the new jobs market. Neil is a prolific writer on the global economy and the jobs market. He is also the author of the 40PlusCareerGuru blog.

We partnered together on this book because we know that the global jobs crisis will impact every person who wants to earn a living. If you are reading this, then this includes YOU. We believe that you can take control of your future and we want you to do so with a clear understanding of how it all works and the steps you should take so you don’t become a victim.