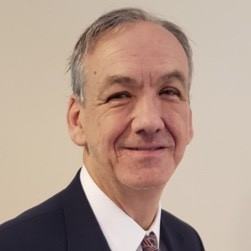 Before joining Forward Motion Careers, I had my own business for over 20 years and worked with major corporations such as Travelers Insurance, Safeco Insurance and Progressive insurance.

Developing strong relationships is important to me. Both in business and my personal life. I have a passion for helping others succeed and bringing people together to help each other.

As Vice President of Forward Motion Careers I:

I’d be happy to talk to you:
Email: Sanderson@forwardmotioncareers.com

As a puppy I worked as a watchdog in a Manhattan office. When I grew too big for the office my boss let me go. I roamed the streets for several months, grew sick and lost a lot of weight. By the time the animal control service picked me up I weighed 45 pounds.

They took me to a “fast kill” shelter. (Now isn’t that an ironic name?)

Luckily a woman recognized that I was a pure-bred German Shepherd and took me to work in Pennsylvania at a canine boarding house. For a long time I only rested in my room, working hard at getting better and gaining weight. One day, I received a gift in the mail: a nice smelling blanket.

Three months later, Marcia came to visit. She had driven all day from Connecticut and she smelled just like that blanket! We played for a while and then Marcia left and I went back to my room. Later I realized that Marcia had interviewed me. I felt devastated because I thought I had failed.

Unfortunately, while I had been out of work my appearance deteriorated. My coat looked shabby, my ears did not stand up, and my manners fell by the wayside. Although I gained some weight, I could not walk very well because my legs had been so cramped in my first office as a puppy. In short, I didn’t look like I was ready for a new job. I understand that this happens to a lot of job seekers.

They are so devastated that they don’t exercise their professional skills and they get rusty.

After Marcia left, time seemed to drag on day after day. The rejection felt crushing. A month later my supervisor gave me a shampoo and dried me off. He told me it was my lucky day. We walked outside and there was Marcia! She put me in her car and took me to my new job in Connecticut. Despite my lingering weakness, she eased me into my new responsibilities as Director of Canine Affiliations for Forward Motion.

Today I weigh 111 pounds and I am stunningly handsome. Marcia and I run and cycle over 130 miles every month. My favorite game is Lacrosse catch and I can catch a ball over six feet in the air. I have the job of my dreams at Forward Motion. It’s a great fit!

If you are a job-seeker, we have a lot in common.
Email: ernest@forwardmotioncareers.com