The media coverage has been frustrating because unemployment has been dropped from their coverage. The focus of international news focused on the Middle East, the lunar eclipse, and the Nobel Peace Prize.

A few of these items are truly urgent concerns. However, the media chat around the economy focused on the deceptive jobs report. That report was deceptively positive and I suspect it will continue to be that way through the November elections.

The long-term unemployed and underemployed are not being fooled.

Although the unemployment rate was lower, and although the number of new jobs exceeded expectations at 248,000, the number of long-term unemployed still exceeds 3 million Americans. The concerns include that many of the new jobs being created are low-paying and part-time.

The lower unemployment rate is due in part to the number of long-term unemployed who have dropped out of the labor force and have given up hope. These are the numbers are reported by the Bureau of Labor Statistics.

If you are long-term unemployed, you may relate to this true stories.

When Sam was laid off, he had no idea of the horror that would slowly unfold.

He had heard about colleagues that were laid off, who didn’t find a job and faded into oblivion. He just assumed they didn’t have their act together. His cousin Stella had been unemployed for almost a year. It was awkward to see her at family gatherings. She seemed depressed.

On a daily basis, the time seemed to stand still, yet the first three months passed quickly and he realized he was almost through his severance.

The résumé prepared by the staffing agency had not brought any interviews. The online application systems were exasperating. It was as if he ceased to exist. Finances were dwindling.

Six months passed and Sam realized he was in trouble. He thought of Stella.

Sam’s industry wasn’t just at a stand-still—it was still in the down-sizing mode. Not only were there only a few job postings, but the number of applicants continued to increase as more and more people were laid off. Sam reached an all-time low when he hit the one year mark.

They refinanced their home and adjusted their budget for a third time. There didn’t seem to be any place left to reduce costs. Their daughter was was in college—how would they make ends meet? He couldn’t bear the thought that she would have to drop out.

Sam began to get interviews for positions that were one or two levels lower than his last position. He was willing to take the hit to get back in the workforce. At his last interview, a salary was suggested and he indicated that he could make that work and was eager to get into the company. The supervisory shift was during the day. Once again, Sam was hopeful.

Finally the recruiter called. The offer was for the graveyard shift: 7PM to 7AM, and the salary was less than half of the original discussion: $18 per hour. Sam was devastated. (I think the company is shameful!)

A good reason to be encouraged!

In February of 2013 Huffington Post reported that the average duration for joblessness is approximately 35.3 weeks, or almost nine months. The article reports that:

Of the 12.3 million Americans unemployed, in December the share of workers who were jobless six months or longer dipped below 40 percent for the first time since late 2009. And the portion of unemployed Americans out of work for 99 weeks or longer fell to 11.2 percent in January, the lowest level in two years.

The article goes on to warn that although long-term unemployment is diminishing, the data doesn’t report on the quality of the jobs that long-term jobseekers are finding.

Why the long-term unemployed should be hopeful

Nonetheless, for the higher-level jobs that are being posted today, the competition has dropped dramatically. This is a different world than 2008 through 2012. Some industries are just recovering, and others are remaking their business models. However, the jobs situation is easier to manage.

It is not illegal in most states for companies to factor in an applicant’s job status when filling a position according to this article in Bloomberg Business Week.

What to do if you are long-term unemployed:

The advice given in this blog should be taken as soon as a person becomes unemployed. However, if you’ve been unemployed for over a year, this still works.

Even if you believe that networking is the only way to get a job, sooner or later, someone will want to see your résumé. Your résumé tells your story, and it has to answer three key questions that respond to the concerns of hiring professionals.

If you have been out of work for longer than three months,


your résumé must respond to these three concerns


and demonstrate that your are eager

and ready to take on the challenges and rigor

of a fast-paced work environment.

I coach my clients with an approach that is both strategic and tactical. Together, we focus on five areas that translate directly to their résumé. 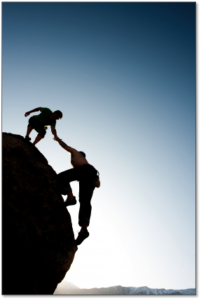 With this program in place, the next step is to transfer this information to the résumé in a clear, succinct format. Remember that the purpose of the résumé is to get someone to pick up the phone and give you a call.

Reduce your time to employment with e job coach. This isn’t something to do alone.

Every jobseeker I know that didn’t give up and continued to learn about their industry and the hiring process, has found a viable job—without exception.

Looking for work? Need an interview?
Our programs are offered world-wide. Email mlareau@forwardmotioncareers.com.
or call (860) 833-4072 to set up a free 30-minute consultation.