Since the Great Recession, the attitude of hiring professionals regarding transitional employment has experienced a turnaround. From about 2008 through 2012, anyone who took a seasonal or “transitional” position was doomed to stay in that position for at least a year or two.

However, today is a different scene altogether. There are several reasons that accepting a transitional job can be a part of your job search success.

The task of going to work on a daily basis is more important to people than they may realize. It may have felt like “the grind” however, many jobseekers quickly appreciate how much of their personal identity is defined by their job. Consequently, not going to work takes a major toll on one’s self-esteem.

Furthermore, the very act of managing a work schedule in addition to home-life takes a lot of energy. Generally, people get into a groove and don’t realize how much effort is involved in a “normal” schedule. I call this key aspect being “work ready.” 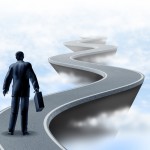 Hiring professionals know that once a jobseeker has been out of work for more than a few months, his or her ability to handle the rigor and stress of juggling a job, home, and life begins to diminish. This is another reason that people who are currently employed are preferred over long-term jobseekers.

Here are some articles to help you if you have been out of work for longer than four months:

Two of the most obvious effects of taking a transitional job include:

It’s a critical factor to note that between 2008 and 2012, unemployment compensation was significantly longer than it is now. At that time, some people received two years of benefits. So jobseekers could “afford” to wait for a position in their area of expertise.

Why there’s so many long-term unemployed:

Technology is changing many industries at their core. These changes include new business models, new approaches to marketing and sales through social media, global expansion that removes certain job openings to locations outside the U.S.—to name a few.

Consequently, jobseekers need time to assess their industry as well as their career. Many people are having to change industries as their positions no longer exist.

Here is a partial list of what it takes to change industries and/or career tracks:

Why a transitional job has become an asset:

Today, a lot has changed. We now know the hard truth about long-term unemployment with regard to self-esteem and work-readiness. This means that transitional employment is now viewed as an asset.

When a long-term jobseeker takes on a transitional job, it says something about his or her character—as long as they can manage the psychological and emotional impact in a positive and productive manner.

Here are a few options that some of my clients accepted: 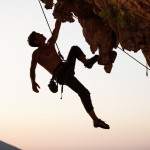 Long-term jobseekers will likely agree that managing their “mental traffic” is the most difficult challenge of the jobsearch. This blog brings up an excess of mental challenges.

…but it doesn’t have to.

If so….then take your place as a champion.
That attitude will come across in your cover letters,
résumés, and interviews. 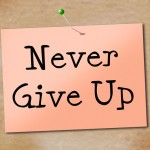 I do not mean to undermine the difficulty of what I have written here. It takes sacrifice and fierce determination to choose this path. It isn’t like winning a game or even a race. This is the hard stuff—a mental marathon. You’ve been wronged. You did not create this situation. Nonetheless, choose the high road.

Tips for your cover letter, résumé, and interview

Answer: “It is important to me to maintain the rigor of working full-time. I took a transitional position to stay in the habit of going to work, managing my schedule, my personal life, and I added my job search as a second full-time part of my daily schedule.

“It was also important to me to set an example for my (spouse, son, daughter, niece, nephew, sister, neighbors…) on how to manage adversity in a positive, productive manner and maintain my dignity, self-esteem, and sharpen my ability to deliver value and build trust.”

In my mind, a successful job search is when a person makes it through to the end without regrets with regard to their time, financial decisions, and with their relationships intact.

Without exception, those people who have not given up and have continued to learn about the process and stay focused have ALL found jobs. Again, there have been no exceptions.

If you are struggling with your job search, then contact me for a 30 minute assessment at no charge.