An interview with David Shapiro

David Shapiro has been in the food industry since 2009. He has an Advanced Culinary Arts Certificate and several additional certifications such as the HACCP Certification in Seafood Safety. Something unusual about David is that he also has an Bachelor of Science in Information Systems and several certifications in the technology world. I’ve known David for several years and I respect him as a savvy businessman.

David loves working with food. Just being around him has heightened my awareness of the industry, and its practices. When I asked David how often he goes to the grocery store, he remarked that he generally goes and gets what he needs when he needs it. He doesn’t like food laying around. He likes to buy it fresh and use it fresh.

David worked in the tech world for several years and was frustrated when agencies began managing the outsourced technology needs of companies. The hourly rate rarely went above $20 per hour. The hours were sporadic. Some days he would get up to find a text telling him not to come in. Other days, he was needed immediately and for the next 12 hours. The tech companies were taking in what used to be the salary and benefits of the IT staff.

David shifted to the food industry and we’ve been investigating possibilities for his future. He has worked as a line cook (he especially enjoys the “cold side”), and sous chef. He has also managed a team of eight kitchen staff. 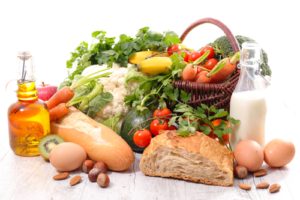 One thing that stands out about David is that he doesn’t compromise on food safety. When a knife blade broke while cutting a frozen dessert, there was an argument whether the whole dish should be tossed. While the staff argued, David simply threw it in the garbage.

At this time, David is working to become a food inspector. He has seen firsthand what goes on behind the scenes in restaurants and the role of food inspector is a good possibility for a stable income. His goal is to find a job with a regular schedule and basic benefits.

Here are a few of David’s insights:
Business Sense:

Many restaurants are putting more on the menus than is necessary and that causes them to lose revenue.

Most restaurants use one or two vendors. This costs more because they can’t check the price-points. I believe that multiple vendors is smarter and makes better business sense. One time several vendors came into the store at the same time. They knew each other and they knew that I worked with all of them. It led to better pricing options since the vendors better understood their competition.

Trends in the food industry:

People are returning to a “buy local” mindset. They don’t want processed food. Almost everything coming into the United States has chemicals on them and foreign produce has to be picked while under ripe. It doesn’t always ripen properly. 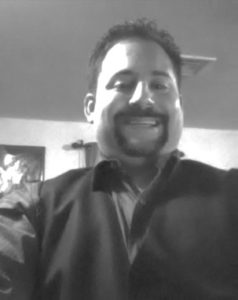 Greenhouses are providing more local options. However, some supermarkets are stretching the meaning of what they call “local.” Sometimes, here in Connecticut, if means anything from New England and even from Canada.

Prepacked food is a lot cheaper, but quality is undependable. We had to throw out half a case of avocados because some avocados were half ripe and half over-ripe. Best I can tell they are treated with chemicals of some kind.

Prepared foods are on the rise, however, it depends on a person’s budget. It’s hard to find healthy options and many go with what’s easiest.

Millennials seem to want prepared food. Not many are interested in cooking and they don’t spend a lot of time at home. I’m a cook and I usually don’t want to cook for myself. But I love to cook for other people!

People eat out a lot but it isn’t as busy as it used to be. People are more interested in “take-out.” With both adults in a household working full-time, it leads to people getting prepared meals and take out. Smart restaurants will design take-out menus to satisfy these customers.

Being kind goes a long way. Listening to employees and leading by example. I try to be willing to do everything I ask my team to do. It’s important to understand that emotions run high when a person works 16 hours without a break. Tempers flare and quality suffers. Once a line cook took my shift for me and quickly realized the challenges.

It’s important to understand both sides of a situation when staff members have a disagreement. Sometimes both sides are right. The wait staff is caught between the customer and the kitchen crew. They need to be trained to respect the kitchen crew and their ability to deliver orders as fast as possible.

When a cook gets in a rhythm, the wait staff must see it and know food is being prepared as quickly as possible. When the “Front of the House staff” isn’t trained properly and push the kitchen crew, tensions rise and quality suffers.

Especially when the kitchen is short staffed, the wait staff needs to be trained to be communicate effectively and set expectations with the customers.

When scheduling, it’s critical to understand the needs of the employees. When employees are pressured to come in, and they need to be somewhere else, they are not going to do their best work. Many times, staff is overworked. Again, the quality suffers.

If management is sensitive to the staff when putting together the schedule, then they will enjoy loyal employees who will go out of their way to help. It’s just common sense.

People still get together and socialize. They don’t have time to cook so catering is on the upswing. Millennials are getting married and there are the usual get-togethers including holidays, Bar Mitzvahs, birthdays, graduation parties and life.

I love the food industry. Nothing is going to stay the same and I’m determined to keep up, continually learn, grow my abilities and bring value wherever I’m working.

Connect with David on LinkedIn: https://www.linkedin.com/in/david-shapiro/