Unconscionable treatment of job candidates this week has made me angry and determined.

Note: The names and places have been changed.

Client One: Tony
After numerous Skype and lengthy phone interviews, Tony was invited out for a face-to-face interview. Salary requirements and other contract expectations had been discussed. The reputable regional organization (with a national reputation) informed Tony, a city planner, that he would need to pay his way for the interview. After finding out that there were only two finalists, Tony decided to go. The organization offered to pay for half of the plane fare.

The interview went famously. Tony integrated extremely well with the teams. He reviewed reports, attended planning meetings with the community, and advised members of the organization on handling current concerns. It turned out that the other candidate was internal to the organization and he and Tony hit it off as well.

He spent over $2,000 for the five-day interview. He lost a week of wages and time off from his current job, and was told after he returned home that they realized early on that they were not able to hire from outside. They knew this prior to the interview.

Client Two: Keri
Keri had several initial phone interviews with a recruiter. She had wanted to get into this specific company for several years. The first round of interviews went very well and the recruiter called to talk through salary figures for the second time.

Then Keri was scheduled to meet with several executives with the company. That went well and the final round was scheduled. When it was over Keri saw the Director in the parking lot who said, “I told them to just hire you…you were the best candidate, and I usually get what I want here.”

A few days later at midnight, Keri received an email from the recruiter indicating that they had selected another candidate!

Client Three: Geoff
Geoff received an offer from an organization in Los Angeles. It was a fair offer, however another organization had indicated they were interested and the position was higher in the organization.

So Geoff emailed them and said, “You’ve mentioned interest in me however, I have an offer. I understand that you are at the beginning stages of interviewing and if a decision is going to take two to three weeks, let’s save each other the trouble.”

The organization emails him back and asks if he can fly down three days later to interview. So Geoff talks to the L.A. office and they graciously extend time for Geoff to go to the interview.

Two days later the interview is pushed later in the week. It goes well and Geoff is told that they are speeding up the interview process. After Geoff flies home, he gets a call indicating that the decision will probably take two or three weeks.

How can jobseekers protect themselves?
Obviously, companies have been duped by jobseekers who have lied on their resume. This article indicates that 53% of resumes and job applications contain falsifications and 78% of resumes are misleading. So I can understand why hiring entities are on the lookout. But does that justify the mistreatment and misleading of jobseekers during the hiring process? 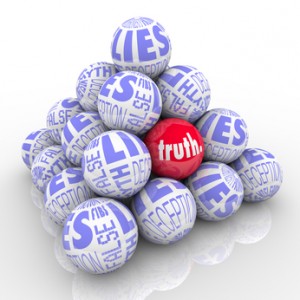 Here are some thoughts and actions that jobseekers can take to try to protect themselves.

What if the company doesn’t meet their part of the agreement?
Jobseekers are finding that once they are employed, the terms change. Perhaps they were promised a company vehicle because their job requires a lot of travel and hauling of product. Perhaps it was a raise after six months. Whatever the agreement, if the company doesn’t follow through, then the employee is free to look for other employment.

And the response is: What if they ask, “Why are you leaving after six months?”
Answer: “We had agreements in place based on hopes of higher profit margins. But they didn’t happen and the company simply hasn’t been able to meet our agreement.”

You’re unemployed and can’t be picky…
This is a clear concern, especially when there is reason to believe that the company is taking advantage of the current economic situation and tries to hire under the market value. 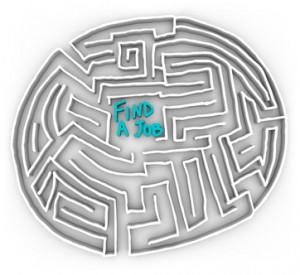 If a jobseeker accepts the position, then my advice is to do that job as if the pay were excellent, build references and credibility, and if the company doesn’t rectify the situation, then move on.

Determined!
I am determined to do what I can to help. I will reach out to Human Resource professionals this week and begin a search for information that will lead to better practices. I ask ALL jobseekers and hiring professionals to re-establish the credibility of our business practices.

These are very difficult times. I encourage jobseekers and hiring entities to diligently and intentionally establish a foundation for trust. I challenge every employed person to do their job, to the best of their ability, to help create more jobs and get our nation back on track.

One thought on “Job Security: BEWARE and Vet the Company!”