The Millennial generation is now in their early careers and they are becoming a major part of the U.S. workforce. Many companies, managers, and hiring professionals are doing their best to understand how to attract this early-career demographic to their businesses and organizations.

NOTE: The terms “Millennial” and “GenY” will be used interchangeably in this blog.

It’s my opinion that every company should be doing whatever it takes to encourage Millennials to consider working for them. I believe that Millennials can make the difference we are hoping for. As the need for early-career workers increases, the media has increased its reporting focus to help us understand this new generation.

Is the Gig Economy inviting to Millennials?

Many companies seem to believe this is the case. They offer contract positions to Millennials and believe that the Gig Economy is exactly what Millennials want!

“The largest portion of the workforce, millennials, now actively seeks out contract and gig work for the freedom it provides.”

Today, many millennials prefer working gigs because it allows them the freedom to increase their income and opportunities at a much, much faster rate. Rather than seeing gigs as instability, they view them as a stepping stone to the next best thing.

Millennial workers see the gig economy as fresh, new, exciting, and filled with opportunity — and they’re really not wrong in an internet-soaked, media-driven world.

In addition to the focus on “contract positions” (aka “gig work”), there are lists about this demographic of workers, some of which are less than flattering. Harvard Business Review writes that 71% [of Millennial workers] are not engaged or actively disengaged…47% (of disengaged) will switch jobs if the market improves.

According to a Gallup poll, turnover among Millennials costs the U.S. economy $30.5 Billion each year. The lack of engagement of GenY workers costs companies $284 billion annually.

Everywhere we turn, the media has another generalized idea of what is wrong with GenY and what will make Millennials happy. They report that the list of demands by this workforce is unreasonable and wishful thinking.

Forbes reports that they want employer benefits that match their values, like tuition reimbursement and for young parents, a college savings plan. (I can’t find anything wrong with this…everyone else I know wants these same things.)

We’ve heard that companies have used on-site acupuncture, free travel, nap pods and the like, to “lure” Millennials to their workplace. But a University of Notre Dame study found that although that was effective earlier in this century; it is now misguided and ineffective. (Enough said.)

Inc. cites the Deloitte Millennial Survey of 2017 that shows Millennials want “Freelance flexibility with full-time stability.” (Sounds smart to me.)

Why is GenY so confusing?

It’s remarkably confusing…primarily because everyone is talking about different people. There are significantly different ideas about when this generation began and it is a critical question that changes the answers to every other question we have about the Millennial Generation and how they approach employment. 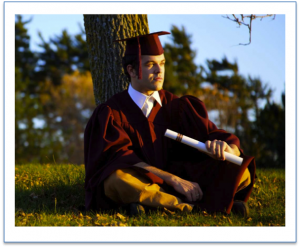 This article explains the importance of knowing who this generation is and when they were born.

The Millennial generation began in 1985, when GenX began having children.

The real reason we have so much confusion:

The real answer to our confusion is that generalizations don’t work at this time because we are referring to people from 7 to 34 years old. We do not have enough distance to make any generalizations — period.

Did you change much between the ages of 7 and 34? I did (some for the better and some for the worse).

We might choose to narrow down our need to generalize, referring only to those Millennials who are working – perhaps between the ages of 18 and 34. Still, there isn’t enough information available to make truly valuable generalizations.

Who is credible when referring to GenY?

When I read an article, before I give credence to the content, I ask when the author believes GenY began. The answer has to be approximately 1985. Perhaps there is a bit of wiggle room – but only one or two years—no more.

Why is there so much variance between GenY workers?

Since the dawn of GenY, there have been major global events that have formed their worldview.

This isn’t a new concept. The Generations prior to the Boomers experienced WWI, WWII, the Korean War, the Great Depression and the GI Bill. They were loyal and patriotic.

The Boomers grew up with Watergate, the Vietnam War, and human rights protests. They had a negative view of government.

Let’s apply this age-old approach to the Millennials:

Millennials and the worthless unemployment numbers

Experiencing 9/11 and the Great Recession is not the end of the drama. We learn every day as we hear the news that unemployment is at an all-time low. We should all be happy because we have truly recovered from the Great Recession.

What isn’t being reported is that household income has plummeted and the workforce participation rate is at an all-time low as well…and this includes the Millennials who are looking for work. 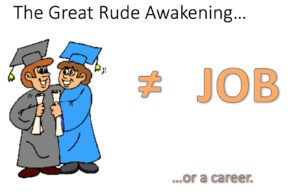 She continues, “By this point, we’ve all realized that we’ve been lied to: working hard and getting a solid education does not necessarily lead to career success or even a decent-paying job.

“What it does lead to is debt and a ruthless job hunt.”

This article cites “a massive study” that among 23,000 employees in 45 countries, showed what employees wanted:

That sounds like everyone I know, everyone I’ve read about, and every client I’ve ever had!

Yes, there’s a catch. A BIG one!
…that wasn’t a study of Millennials. That was a study of workers, all generations, all roles. This isn’t news. My parents hoped for these kinds of attributes in their jobs. My peers do too. Millennials want the same thing!

A word about flexibility and the Gig Economy

Millennials want flexibility and so does everyone else. To insist that the Gig Economy is a perfect match, because of this one desire, is terribly short-sighted.
The areas of flexibility reported in the Deloitte study are quite specific:

These are a standard part of contract negotiations and they have been for decades. There isn’t anything new. Essentially, Millennials are asking for the same things that employees have been asking for decades: all ages, all roles.

A really BAD assumption about Millennials is:
Since Millennials want flexibility, the Gig Economy is for them!
WRONG!

Generalizations about Millennials are usually bogus.

As I’ve pointed out, generalizations about Millennials can’t possibly be accurate at this time. We need at least another 15 years —when the age of Millennials are between 22 and 47 years old. At that time we can begin to see trends for this generation.

8 Recommendations regarding Millennials as early-career workers:

Since not enough time has passed to make generalizations about the Millennial Generation, I would like to make the following suggestions, especially regarding their work lives and the Gig Economy. 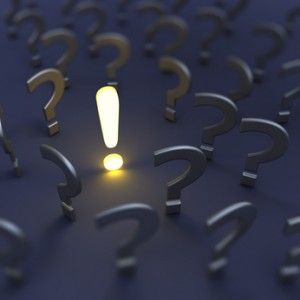 The best way to create an engaged workforce is to invest in ways that matter to them and balance that with the needs of the business. This changes with each person and each business. The best move forward is to have a conversation.

Is the Gig Economy for you? Have you been forced into the Gig Economy? It CAN work. Neil Patrick and I understood these changes which are coming quickly! That’s why we wrote
Careermageddon.

Part 1 presents the Six Engines of Change and tells you what you need to know so you can read the jobs market and stay ahead of the curve.

Part 2 outlines a process to re-evaluate your skills as changes occur and establish your credibility with potential employers.

I hope you get the book. I hope you read it and embrace these changes so you and your family can enjoy the revenue you need and a future that is bright.

One thought on “Millennials and the Gig Economy
…Is this really what GenY wants?”