Font History and the ATS

We have learned to leverage technology to appease our visual preferences. We change the font size (and the margins), hoping to fit just a little bit more information onto the page. We change the font type and size to something unique, so that our name (and sometimes the headers) would stand out and catch the eye of an HR professional. 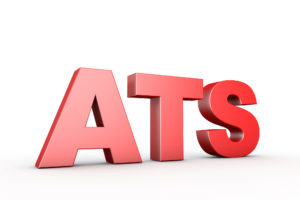 Margins, font size, and font style were tweaked ad nauseam, hoping our decisions would entice readers to pick up the phone and call. It was exhausting.

Our readers were exhausted too, especially as we made our way through the Great Recession. That’s when newer ways to evaluate résumés became critical and Applicant Tracking Systems (ATS) became a hurdle for millions of jobseekers. We obsessed over details.

We were carefully instructed not to use tables and bullet points, and to avoid specific fonts and sizes. The goal was to get through the ATS. I wrote a blog Résumé fonts and ATS – the facts! I reviewed that post this week and I believe the content still holds true, perhaps even more so.

Back then the focus was getting through the ATS. Do you remember hearing someone say:
“If I can just get through to the hiring manager, I could land that job. I’m a perfect fit!”
and
“I had every one of those qualifications, and I didn’t get a call!”

We blamed the Applicant Tracking Systems. And then we blamed HR. And now we blame recruiters as well.

HERE’S WHAT WE MISSED: Getting through the ATS was only the first step.

After making its way through the ATS, résumés had to go through six or seven additional evaluations before a phone call might be forthcoming. Many jobseekers were so preoccupied with getting through the ATS that they did not focus on the process that followed. What about the actual “readers?”…I’m referring to those people who read the résumé after it found its way through the ATS.

Who were the readers? What were they looking for? What could we do, in the preparation of our paperwork, to “make friends” with HR and recruiters? 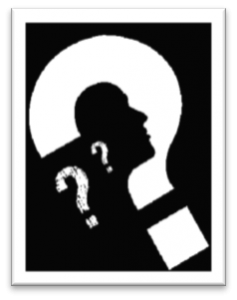 Thanks to many HR friends and recruiters, who patiently met with me, looked at different formatting options and the organization of information on the résumé, I wrote a blog, based on their feedback: How to Create a Reader-Based Résumé.

HERE’S WHAT WE MISSED: The Résumé is an experience as much as it is information.

Readers actually “experience” candidates as they read their résumés. In other words, it’s more than just information about you, they want to get an idea of what you are like. They do this by reading the content of your résumé.

A new role for fonts

Today, we are much more sophisticated about résumés than we were just four years ago. And fonts (I know you’ve been waiting for this), are a big part of that experience. Today, the Applicant Tracking Systems have risen to a new level. (The newer ones are much better; however, many companies have not updated their technology…sorry about that.)

Résumés are now read both on computer and in print. Résumés have to adapt to these needs.
Choosing a font is an important, and critical decision when preparing your résumé.

Considerations when choosing a font:

Is the information credible?

It is important to distinguish between the actual studies and empirical evidence that we find out on the web. I think it’s safe to say that a person can find information to substantiate any point of view, just by cruising around on the Internet.

When evaluating an article, I think it is wise to consider who the author is and how they determined the credibility of the information they are offering. Sometimes, the information is based solely on their experience and that’s just fine…provided I understand who the intended audience is and the exact purpose of the submission.

Is the information applicable to your situation?

Regarding font style choices, there is some interesting information. The first question is, should you us a serif font or a sans serif font. If you need help on these definitions, please click on this article for definitions and examples.

It turns out that different fonts give a different impression. I think we know this intuitively. When we receive a wedding invitation, it is likely to have an elegant font that may remind you of Calligraphy.

However, when you look at legal documentation, the you likely will get Times New Roman:

NOTE: Helvetica is most often used with online websites and in PowerPoint presentations.

Which font is right for your résumé?

There are two schools of thought on this. One school treats the résumé as a formal document. As such, a formal type style with serif fonts are preferred.

The other school believes that in artistic venues with professional artisans, such as graphic designers, professional singers, visual arts, etc., that a sans serif font may be the best option.

I too believe that the résumé is a formal document. Here are some of my considerations.

What was important from the study is that Times New Roman allows for faster reading. (Hmm….I wonder why?) This is a very important point when deciding which font to use for your résumé. If the reader only gives you 20-30 seconds, then Times New Roman means they will take in more information than any other font.

The study also showed that familiarity with the font made a big difference. The more familiar the font, the faster the reading. Times New Roman is the most familiar font. However, the study indicates that the characters have been inherently designed to emulate handwritten letters which is a help to the reader.

For more information on font styles and sizes, consider registering for Marcia’s Top Secrets. You will be asked for your email address to access the page.

And if you insist on using something other than Times New Roman, Ariel is the top pick for sans serif fonts.