Since 1993, Rod maintained his position as a manager in a shop that hired both union and non-union workers. He had just turned 60 when he was informed that his position was eliminated. Typical of his generation, most of his career was primarily spent in two companies, moving up through the ranks with greater responsibility. Rod did not have a college degree or any certifications to list on his résumé. His work was on the shop floor. He had exceptional skill in lean operations, employee productivity and retention. 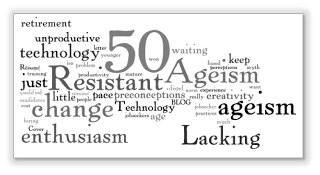 Rod sought professional help with his résumé and hit the road, driving from place to place, meeting business owners and learning about their situations. He also applied through the online systems.

One interview included a tour of the shop, which was a state-of-the-art operation. Rod carefully assessed the situation. Based on his years of experience, he quietly and succinctly told the leadership team what he thought needed to happen for the business to succeed. In short, they needed to divide the job into two full-time positions, and hire an additional full-time and a part-time employee. (So one person was supposed to do the work of 3.5 people.)

Later, Rod described the position as a “widow-maker.” (YIKES!)

A month later Rod was called back. We discussed what was needed for the position to be a good fit for him. He was clear about what it would take before he would consider an offer.

When he arrived, the company made it clear that they had made the changes he had recommended. After a short negotiation, he accepted the position.

According to Merriam Webster:

Prejudice or discrimination against a particular age-group and especially the elderly.

I sometimes look to Wikipedia for the common usage of a term. There we find:

Ageism, or age discrimination is stereotyping and discriminating against individuals or groups because of their age. It is a set of beliefs, attitudes, norms, and values used to justify age based prejudice, discrimination, and subordination.

Ageism is based on perceptions that people think are “the norm”. This is my opinion and I’m basing it on empirical evidence gathered during the last five years of economic challenge. I’m basing my assertion on hundreds of conversations with jobseekers, hiring professionals, and having walked step by step with a few hundred clients as they have successfully conquered the mountain that led to their employment. I believe my assessment is spot on: it really isn’t about age. 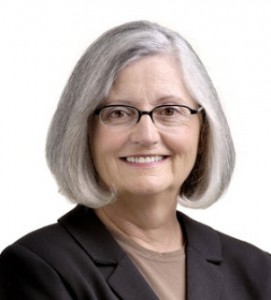 What is behind ageism?

“They just want younger people who won’t cost as much!”
This is a common assessment by jobseekers, especially when they realize that positions at their level of expertise no longer exist! What might be a more accurate conclusion is that companies have had to tighten their belts too. They can’t afford to pay higher-level people and they are trying to find a solution.

“There are no qualified candidates!”

It is my contention that when companies cannot find qualified candidates in this current ocean of jobseekers, the job description for the position needs to be adjusted. The story of Rod comes back to mind.

Another piece of the puzzle that I’ve been watching is the training thread. The training units of many companies were some of the first people out the door. Since there’s no one there to train new employees, they have to write the job description for someone who doesn’t need any training.

Ageism is based on
preconceptions that are
thought to be the norm.

No experience + no training = lower productivity
The result is that business entities need people who are less expensive and don’t need any training. Then add that many employees are severely overworked because the same work has to be completed with far fewer employees.
The Conference Board reports that:

Productivity is down which means less revenue. Businesses are realizing that younger talent needs more training and they also have a longer learning curve. It’s actually less expensive to hire for experience. It’s the short road to productivity and greater revenue. 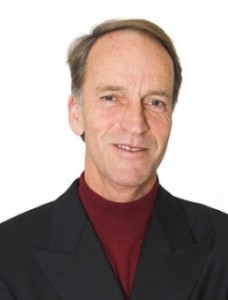 What are the preconceptions about older workers?

For the mature jobseeker (over 50), the preconceptions are fairly consistent:

How to manage your age: do’s and don’ts:

First, make sure these concerns do not apply to you. Remember that these preconceptions are based on the experience of businesses and hiring professionals.

Your LinkedIn profile should be up to date.

Lacking in enthusiasm with little creativity:

These suggestions work. I’m going back to my experiential evidence at this point. The challenge that is greater than overcoming ageism is overcoming the multitude of negativity and hurtful messages from clueless (and often well-meaning) friends and family. The challenge is attitude and it is the number one reason that mid-career people don’t get hired.

One thought on “Résumés that dispel the age myth”