For most people, careers are a highly personal matter. They hold our identity and our hope. They provide life direction and give us meaning. To a certain extent, our careers determine the personality pool from which we will build both personal and professional relationships.

By mid-career, we see the results of our early decisions. We take inventory of lessons learned, and begin to realize just how much of our success is beyond our control. It’s a difficult realization.

Regardless how our careers develop or turn out, they are highly personal. Our careers are intimately woven into our being. 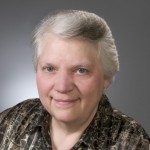 My story:
From a very early age, music was a part of my life. I studied piano from the fourth grade and fell in love with the trumpet in the tenth grade. While in high school I conducted a 60-voice church choir and the high school band. I loved trumpet playing and conducting, and composed a little bit.

What I really wanted to do was play trumpet and conduct orchestral music. I completed a Master’s degree, couldn’t find a job, so I started a doctorate. After my coursework was complete I landed a job as Director of Bands at Southern Illinois University. It was quite an achievement for a woman back in 1978, especially since I was only 24 years old. Women weren’t band or orchestra directors back then.

For over seven years I was the first person in the building, practicing trumpet by 6 AM. I worked late, often the last person to leave. Occasionally, I was allowed to conduct the university orchestra. I played trumpet with professional groups in the St. Louis area. I believed that if I worked hard and long, and committed myself to excellence, then opportunities to move up would become available.

Bit by bit, my career collapsed. 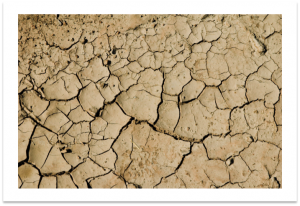 It became apparent after practicing four to six hours a day for ten years, that trumpet was not going to work out as a career. A childhood accident damaged the left side of my face, and the musculature was simply unable to muster the fine muscle coordination needed for professional playing. No amount of practicing was going to change it. One career gone.

As a college conductor, I was excellent and I won several university positions. It was disconcerting that the moves were lateral, and never really progressed to stronger programs. An odd turn of events during a job search caused me to look into the matter and I found that my “star reference,” the person for whom I worked tirelessly for years, was actually preventing my career from moving forward. He had the clout and actually did me in. I don’t know why. Two careers gone.

I decided to move to the orchestral world. It was the music I truly loved. After attending some rather exclusive summer-long orchestra symposiums, I landed a job conducting a semi-professional group in Colorado. The orchestral podium was home to me. It was what I was born to do. I had found myself.

What I didn’t take into consideration was the incredible inbred politicking in the profession and I didn’t know how to manage it. By my fourth year, a wealthy board member offered a certain amount of money if her good friend would be hired as conductor. My job was gone.

The following year I went back to school and earned an Artist Diploma in Orchestral Conducting from a noted conservatory and won awards in conducting. I attended two European conducting events, and in the second attempt came out on top of a field of 40 international orchestral conductors.

With the new degree and hard earned success I thought I would be able to transition to another orchestral position. In the middle of that job search came the attack on 9/11. Since then, one orchestra has closed its doors every week. My industry has died. Three careers gone.

Since that time, I’ve had to redirect my career, repurpose my skill sets, re-invent my self-perception, and learn how to explain the value that I can bring to an organization. The list of jobs I’ve held include IT Quality Assurance Tester, Trainer for a mutual funds company, project manager and Human Resources Director. After two layoffs, I started my own company: Forward Motion.

For many years, I have been haunted with difficult thoughts about these career failures. “Maybe I’m not really good enough. Why didn’t I understand the politics? Obviously, I’m just not smart enough. Truly, I’m no better than an amateur.”

Self-inflicted humiliation continues to haunt me from time to time. I’m embarrassed that I never really made a true career out of music. Yes, I still play trumpet, and conduct on occasion. I do some arranging and composing. But it isn’t a career. Earning a living in the corporate world forced me to admit that I had failed. The pain is excruciating.

The rest of the story:
Over time, as I deal with this consuming pain of failure, I have begun to realize that I am no less of a musician today than I was 10 or 20 years ago. Slowly, I am able to embrace that these new pathways through various corporate and non-profit settings have added dimension to who I am. There’s more depth, more sensitivity, more patience. There have been many grueling lessons, many gut-wrenching days, weeks and even years.

But I’m different now and I’m stronger. During the few times that I do conduct, I realize that I’m a better musician, a better conductor, and a better composer for having undergone those experiences.

My lifelong desire to conduct hasn’t diminished. It’s stronger now as well. I find myself driven to find a way to conduct orchestral music. The urge is deep within me. It’s unrelenting, perhaps because now I believe in myself.

As a business owner, I’ve met people who understand successful non-profit management. We have put together a partnership, so that as Forward Motion becomes profitable, we will be able to resuscitate orchestras that are falling apart and closing down. With all that I’ve learned from my corporate excursions, I now have a wider vision to help the ailing orchestra world.

My next step is to define a path and implement the vision…and with God’s help, through Forward Motion, benefit a lot of people along the way.

Recommendation to those in transition:
The hard part is how we think about ourselves. Spend time sorting that out. Our self-perception is transmitted to the decision makers who hold our potential future opportunities. 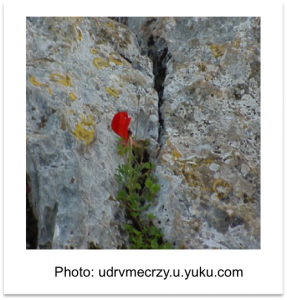 So we have to focus on even the smallest triumphs, the successes, and victories. Making a commitment to do this is a life-changer and it allows others to believe in us as well. It’s the stuff that encourages those around us as well as ourselves.

This vigilant determination allows us to move forward positively and confidently, and it will come across on our résumés and during our interviews. It’s essential.

3 thoughts on “The Emotional Pain of Changing Careers”