More and more people are giving the Gig Economy a closer look. Although it may seem like a new phenomenon, aspects of this employment model have been around for decades. Universities hire adjunct professors, hospitals and warehouses hire contingent workers.

In my last blog, I gave several terms and definitions to this disruptive business model that has many jobseekers weighing the possibilities of becoming a member.
I’m restating the list here:

Look before you leap!

The last blog showed why so many people are not doing well, economically –in defiance of the jobs report by the Bureau of Labor Statistics (BLS).

The Gig Economy plays major role in the current situation many people find themselves in. Even though the unemployment rate is low, many people have two or even three jobs and still can’t make ends meet. And even though jobs are being created, there aren’t nearly enough. Further, many of the positions being generated, are low paying and part-time positions that cannot sustain one individual, let alone a family.

Gig Economy: Can you make a living?

When many people think of the Gig Economy, Airbnb, Lyft, and Uber may immediately come to mind. Perhaps the most important concept that every person must consider is this:
If minimum skill is needed, minimum wage is likely. 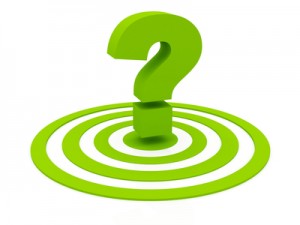 Regardless of your industry, supply and demand is still the leading indicator of whether you will have the opportunity to earn a wage. There are several factors to consider.
Location plays an important role.
For example:

Hidden costs of the Gig Economy

There was a lengthy video on YouTube, where a woman said, “I can be an Uber driver for 50 hours a week and make $80K a year.” A panel of commentators, consisting of four lawyers, were all quick to point out, “But she doesn’t get to keep all of that money!”

This article in the Washington Post by Joann Weiner, adds the all-important point about the Gig Economy:
… you are now self-employed and self-employment taxes apply.

The article, focused on Uber driving, and points out that as an independent contractor, nothing is deducted from your paycheck. You will receive a 1099-MISC tax form that indicates your gross income. You will be responsible for paying your federal and state income taxes, and self-employment tax. And don’t forget that you will also pay Uber its 20-percent commission. 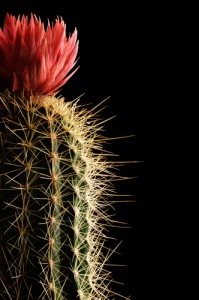 You may be able to deduct your expenses from your gross income, and only pay taxes on what remains. However, state taxes may be a different story. The Connecticut state tax rate is 9% of gross income. A “home business” grossing $55K will pay $4,950 in state taxes.

In addition, you will need to pay social security and Medicare as well as your health insurance.

The article shows that if you earned $62,000 driving for Uber, by the time all the hidden expenses are subtracted, you will be left with $27,600, not including state and local income taxes. Since Connecticut State tax is 9%, deduct $5,980 and you are left with $21,600. Remember that you haven’t paid for health insurance yet. OUCH!

What hasn’t been factored into the mix here are the costs that do not have a dollar sign in front of them.

For example, the Gig Economy cheerleaders tout the great flexibility that comes with this employment model. Sure, there is flexibility, but if you don’t work, you aren’t earning any income.

There are no vacation days. Further, when a holiday comes up and you are driving for Uber, or renting a room for Airbnb, it is more likely that you will be working, because people are more likely to need your services during holidays. And when the weather turns hazardous, like a snow storm, it’s easier to call for an Uber, than drive yourself to the airport and pay for parking.

There is no safety net if something happens and you can’t work. If you get sick, there’s no sick-leave. Worse, if you end up in the hospital or require an extended leave from your “gig” …you do not have an income during that time. If you have regular customers who depend on you (and you depend on them for their loyalty), they will likely find an alternative to meet their needs. It is unlikely that you will see them again.

Amy Fontinelle, a contributor for Investopedia writes about Airbnb:

Many of these opportunities require you to be comfortable navigating unclear local laws, sharing your most valuable possessions with strangers and taking on additional legal liability.

Three challenges that will impact your income:

There is always a trade-off. Thoughtfully count the costs, before you move into the Gig Economy. This is essential if you are going to maintain an income stream.

You will likely enter the Gig Economy.

According to IMI Data Search, Inc., 25% of Americans were already engaged in the Gig Economy in 2015. That included 54 million Americans. By 2020, they expect “as many as half” of all Americans will make this move, which is only two years away!

Every person who wants to maintain a personal income stream will need to know how to manage this economic model. This is why Neil Patrick and I wrote the book, Careermageddon. It is available on Amazon, if you wish to take a closer look.