The gig economy is taking over. Unless you are working full-time as an employee with permanent status, it’s likely you are part of the gig economy. The next several blogs will be devoted to the gig economy, how it works, and how it will likely impact your income stream.

An Internet search on the definition of “Gig Economy” yielded some surprising results that were also illuminating. This article is a small tour of the current (and varied) definitions of the Gig Economy.

The term “Gig” comes from the informal music world. When a musician or typically, a band, was scheduled for a performance, it was (and still is) called a “gig.” The performance could be something as simple as a wedding, or it could be a Broadway show—a “gig” that could last for years.

A gig economy is an environment in which temporary positions are common and organizations contract with independent workers for short-term engagements.

Financial Times actually identifies their “Year in a word,” as “Gig economy.” And that was in 2015.
They go on to write:

The line between gigs and work is getting increasingly blurred.
Noun – The freelance economy, in which workers support themselves with a variety of part-time jobs that do not provide traditional benefits such as healthcare.

I take that to mean that back in 2015, gigs weren’t considered actual “work.” Perhaps these gigs were considered “casual” work or incidental. The article goes on to site that these jobs were often for retired persons.

A way of working that is based on people having temporary jobs or doing separate pieces of work, each paid separately, rather than working for an employer.

Then it goes on to write:

Workers eke out a living in the gig economy, doing odd jobs whenever they can.

That’s a bit disconcerting. It certainly isn’t inviting! I think it is the terms “eke” and “odd jobs” that are a turn-off.

Collins Dictionary didn’t promote anything that I would call alluring:

An economy in which there are few permanent employees and most jobs are assigned to temporary or freelance workers.

Collins Dictionary also has an entry for the freelance economy that, interestingly enough, comes from the South China Morning Post. This article actually alludes to UBER and Airbnb and clearly promotes this form of employment for companies to work around legalities:

For the unknowing, the online platform connects people who have space to spare with those looking for a short stay at a competitive price. Services such as these, along with Uber, are driving the “gig economy”. Their platform enables people to become freelance service providers without the inspections and legal oversight that traditional lodging and cab industries are subject to. [South China Morning Post]

Conclusion: Perhaps you get the idea now that there are some not-so-subtle aspects of the gig economy that haven’t been figured out yet. 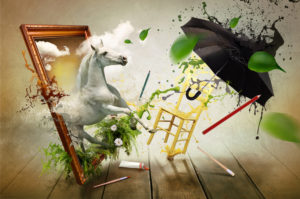 Meet my friend Helen. Helen is a framer. She is a master framer and she can frame anything. One evening she told me about a customer who asked if she could frame a train set. Then she described to me how it was possible and she could also include the tracks. She is a masterful at what she does.

The problem is that there are weeks when Helen only gets booked for four hours. That’s four hours all week! On a good week, Helen is scheduled for about 14 hours. However, she doesn’t know which hours she will be needed and she has to remain available for the hours that the store is open. Therefore she can’t get another job to supplement her income.

New Zealand workers took to the streets and zero-hour contracts were banned in March of 2016.

Bureau of Labor Statistics on the Gig Economy:

I admit that I was disheartened when I checked the U.S. Bureau of Labor Statistics (BLS). I was looking for their definition. What I found was astounding. It’s been over 10 years since the BLS looked at these types of workers. In 2016, an article on the BLS website by Elka Torpey and Andrew Hogan notes:

“The data BLS has on these types of workers is about a decade old. In 2005…2 to 4 percent of contingent workers. BLS plans to collect the data again in May 2017.”

I could not find any indication that BLS has collected any additional data.

There are two more definitions that need to be addressed to understand what we are discussing when it comes to the Gig Economy: Temporary Worker and Independent Contractor

Temporary Worker: What is that?

Most of us probably have a clear idea what constitutes a temporary job. However, in the new world of temporary employment, it may serve our understanding to identify “Temporary Worker.”

This definition comes from the BusinessDictionary:


Temporary Worker: An employment situation where an employee is expected to remain in a position only for a certain period of time. The term of employment may be based on the completion of a project, the availability of funding, or other circumstances.

In corporate settings, Temporary Workers are often referred to as consultants or independent contractors. They are also considered self-employed.

Findlaw.com indicates: Most part-time work is less than 35 hours per week. Part-time workers are generally paid hourly and rarely receive benefits. Temporary workers may work full time to cover a range of needs and are not typically eligible for company benefits.

The term “independent contractor” is somewhat self-explanatory. The difference is that there is a contractual agreement on the services that will be performed. According to the IRS,
a company or entity hires a contractor and defines the result of the work but not what or how it will be done. Earnings are subject to Self-Employment Tax.

Why you need to know about the gig economy:

The gig economy is moving quickly. It’s has several drivers and technology is one of them. We don’t have clear definition of the players or the impact of this disruptive business model on the labor market. Neither the legal system or even businesses can keep up.

Alison Griswold makes the astute comment in this article on Quartz:

“But technology moves faster than the courts or the Bureau of Labor Statistics, and the gig economy meanwhile is pushing forward.”

You will likely enter the gig economy.

Today, nearly a quarter of Americans have already had one contract job. In the next two years, half of all Americans will officially move to contract-based work. Fast Company reports that by the latest estimations, it now comprises 34% of the U.S. Workforce.

The gig economy is moving fast and every person who wants to maintain a personal income stream will need to know how to ride this wave…as well as the ones that follow. This is why Neil Patrick and I wrote the book, Careermageddon. It is available on Amazon, if you wish to take a closer look.

2 thoughts on “The Gig economy —why you may be headed there, like it or not”