Many jobseekers hang up their resume as October leads to November. At that point, at least in the U.S., there is an assumption by many jobseekers, that the Thanksgiving and year-end holidays cause the hiring community to go on a sabbatical until the beginning of the new year.

Earlier in our history, many companies had a financial cycle that started July 1 and moved through June 30. Some still do. But today, many have changed and now the financial year follows the calendar year. Consequently, the process to tweak long-range plans, set priorities, define projects, determine resource needs, and set budgets has been completed.

What is the hiring cycle

If you have been a jobseeker, you may have noticed an “ebb and flow” to job postings on the web. When you search for jobs, there may be several or many to choose from, but a week later, it seems to have dried up.

During the transition to Applicant Tracking Systems, jobseekers would call me, quite alarmed and report that job opportunities were non-existent. I would try to calm them down by talking about the “hiring cycle,” and assure them that opportunities would reappear. I also asked them to track the time it took to see new postings. That would help them to understand the length of the hiring cycle in their industry.

For many, back in 2008, the hiring cycle was an excruciating two months or longer. That meant that for two months, new opportunities would be posted followed by two very long months of silence. In some industries, the cycle was even longer.

The good news is that today, the cycle is often as short as two weeks. So instead of a complete disappearing act, postings dwindle down to a trickle and then ramp back up. From this we see that the hiring cycle schedule has changed considerably. I think this change is due to a combination of a better economy, more advanced technology in the Applicant Tracking Systems, and faster hiring processes.

To the jobseeker today—out there pounding the pavement—the hiring process probably seems to crawl along. However, a comparison will bear this out. In 2008 – 2010, unemployment lasted 8.5 months and numerous extensions were often granted after that. According to this article, the extensions are gone and 26 weeks of assistance is the most someone can expect to receive in the U.S.

How the hiring cycle works:

Once the budget is set for projects, resources are defined in terms of hiring needs. Specific skills sets are identified and job postings are published. An onslaught ensues as applications are submitted for evaluation. At this point, for the jobseeker, it seems to get quiet. Only a few new postings appear, perhaps the result of late approvals. The hope for a phone call or email, requesting an interview, is high. 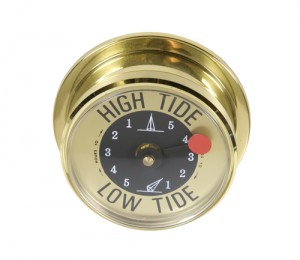 Jobseeker…this season is the time when your LinkedIn activity should be at its height. Recruiters search for talent to fill unpublished openings. Your activity feeds the algorithm and elevates your profile in their search results.

As companies fill positions, new openings are created. Then the cycle begins again and a new wave of opportunities seem to explode onto the job boards. This cycle continues through January and begins to wind down by early February. This is the “ebb and flow” of the hiring cycle.

Hiring cycle indicators and what to watch:

The hiring cycle described above is what I believe to be fairly typical with companies, especially in the service industries. There are, however, other indicators that impact the schedule or shift this schedule.

Depending on your skill sets and experience, it may be worth your while to watch for these activities:

Government contracts: Examples include the aerospace manufacturers and related industries. CNBC provides a list of the top 10 government contractors. If your work is dependent on these contracts, it might be helpful to keep an eye on these websites.

State and Federal mandates: This incudes Congressional actions and changes in legislation. Examples include the Affordable Care Act and any environmental legislation. An Internet search on “recent federal legislation” may be helpful.

Mergers & Acquisitions (M&A): An M&A has often been considered the result of a failing business. Another, perhaps more accurate assessment might be that when companies are doing well, they are primed to sell. An acquisition is one way that companies increase their market share, expand their global presence, and grow.

It may seem that M&As have become more frequent. With the dawn of our global, technology-driven ecommerce that now permeates every aspect of our lives, M&As have certainly received more attention in the news. According to USA Today, M&As have expanded to “mega-mergers” and continue their “torrid pace.”

When an M&A is announced, many employees see it as a death sentence and look for the first chance to jump ship. However, these changes, which can take years to complete, also present an enormous number of opportunities.

Industries that follow other hiring cycles: Other industries have their own unique cycle. The principal of the hiring cycle doesn’t change in that there are waves of hiring. However the “hiring season” may shift to accommodate their needs. One example is the education/academic industry. The top hiring season comes in the Spring and Summer to prepare for the beginning of the Fall semester. 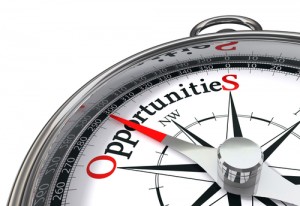 ** The content of this blog is based on my personal and professional observations, and numerous conversations with hiring professionals and jobseekers.