At this point, everyone knows that finding a job has taken on new dimension. Whether a person is unemployed or employed, looking for a job or not, people will agree that finding a job today presents multiple challenges that are new to the job search.

Today we are putting together new paradigms for every aspect of our career management. Not only do the pieces of the puzzle have new shapes, but the picture itself has become a new landscape that is marked by continuous dynamic change.

In my words, here’s what happened:

“The Great Recession brought an ocean of jobseekers that applied for posted positions. Meanwhile, hiring professionals came under heavy scrutiny to hire the right people as businesses scrambled to stay afloat.

“Technology responded to the need to filter through the never-before-imagined numbers of applicants. Talent management companies mushroomed into the marketplace with promises of heightened employee selection success. Social media brought real-time communication on multiple levels.

“Out of necessity, the process to hire the right employee was re-invented and hiring became an industry in itself.”

Prior to the Great Recession, the time-honored belief was that the best way to get a job was through network connections. At the beginning of the Recession, with so many applicants swamping the job market, an inside network connection became a lifeline to getting an interview. 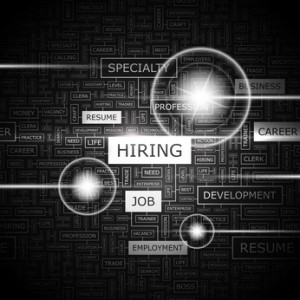 Five years ago, out of necessity, hiring professionals put tools and processes in place to increase their selection success and increase retention. These tools have matured and the processes have developed into shared best practices across the hiring industry.

These changes caused havoc for jobseekers facing the necessity to learn an entirely new and unique set of skills to find a job. These are skills that were not associated with their career track.

Networking has changed with the times and failure to understand the new paradigm can sabotage both a job search as well as a career.

Pre- and Early Great Recession Networking….
Prior to the Great Recession, networking was more of a casual affair. Networkers took time to get to know each other and define how the relationship might be mutually beneficial.

In this paradigm, neither party was desperately looking for work. They had the luxury of getting to know each other and establish a relationship. When one party suggested a connection, it was based on a clear understanding of the need. The probability that a suggested conversation would be profitable was quite high.

Networking most often meant a face-to-face engagement usually off-site. It required a commitment on both sides to travel, sit down for coffee or lunch, and have a conversation. As companies pared down, employees inherited heavier workloads and leaving the office during business hours became next to impossible. The time commitment became impractical.

For today’s jobseeker, this kind of networking carries multiple challenges. As the Great Recession continued, people who had a job were networked to death. Some even complained that they were stalked by former colleagues—waiting outside the building to chat with them on the way to their car.

Another challenge is that this form of networking isn’t targeted. Today a jobseeker is at the discretion of a connection that rarely understands the job market or the jobseeker’s job target. So the jobseeker is sent on wild-goose chases to travel, meet people, (and pay for lunch)—when there is no clear reason for the connection. Consequently, the next conversation may have little or no relevancy to their job search.

Many networking enthusiasts continue to advise this kind of networking. Since 2008, I’ve been tracking individuals who conducted job searches with a “networking only” mentality and found they took twice as long to find a job. 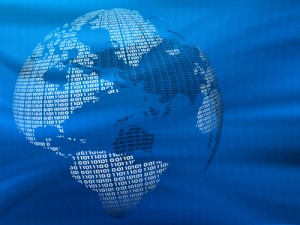 For the last two years, the full-time employed workforce, by and large, has taken on more work. They do not have time to stop for a cup of coffee or a meal in order to understand the needs of a networking connection.

Entire industries have collapsed or are being re-invented. Successful companies are changing rapidly to remain a viable business. It has become impossible for a jobseeker to have lunch or coffee with their entire network to keep them informed of their progress and educated on what would be helpful to their job search.

Post-Recession networking factors:
Post-Recession, networking has become intentional and carries with it a sense of urgency. With rare exception, there is a heightened sense of uncertainty about the future of one’s employment. This includes both unemployed and employed persons.

Technology has accelerated the need for the United States to define its identity in a global economy. Ecommerce continues to take on new dimension with still unknown implications to how employees are managed and how work is delivered, evaluated, and valued.

Thanks to Big Data analytics, companies now have access to real-time statistics to clearly understand their audience including every detail about their shopping and buying preferences as well as their life style.

The Post-Recession Networking Dynamic:
I believe we need an updated Networking plan. Networking no longer begins by establishing a relationship. Relationship building occurs, but it is no longer central to the process.

With social media, we can network and collaborate with people we have just met and may never meet face-to-face. We can establish connections around the world and we are no longer limited to people in our geographic location. 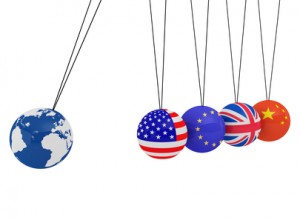 Technology easily allows for sets of communities, which may include but are not limited to a central core of established relationships. Additional communities of relationships have varying degrees of connectivity, but with more highly focused commonality.

A similar relationship has occurred with Neil Patrick, a prominent UK marketing director and business consultant. Neil graciously wrote a 4500-word response to my questions, which were turned into three blogs. We have never spoken but we have established a trusting relationship. Our community includes jobseekers, our commonality is that we want to help them.

A new grad in the cellular biology field may connect, converse, and be mentored by a scientist s/he has never met prior to graduation. That mentor might be from Brazil, Germany, or Thailand. The relationship might last for a few months, a few years or a full career.

A software application developer may collaborate with technologists from India, Poland, and Argentina and market their software through a firm in China. All of these relationships may have been started because a virtual assistant in Dubai saw the possibilities.

Perhaps a chamber pianist in Sacramento will play the Brahms Violin Concerto with a violinist in Chicago or Bangkok and we will listen live with friends in South America and Japan.

Perhaps an art teacher will put her hand on her mouse next to her computer and a child in Saskatchewan will feel his arm move in tandem and as he begins to draw on his easel.

That’s NOT networking you say. Right! It’s much, much more and it’s on our doorstep.

Please consider that with new technologies, every aspect of our daily lives may rely on networking events that are as short as two hours or as long as 20 years.

Technology will allow us to collaborate in ways we have not yet imagined. Our one, integrated network that will become more fluid as boundaries between work, leisure, education, and health disappear and we assimilate into one cohesive community.

The goals are still the same. Networking still necessitates a need to establish credibility, reliability, and most of all—trust.

Good news: I think we can keep the cup of coffee, however, I believe networking has already taken on an entirely new dimension and we will have to keep up to stay relevant.

The future of networking is now.

Next week I’ll bring together the pieces to the puzzle. Then I’ll outline one idea to comfortably begin establishing your global career network for your next employment opportunity. This will be an article for everyone interested in managing their career and their future, regardless of their current employment status. I promise it will be reasonable, personable, practical, and time efficient.

One thought on “The Post-Recession Networking Puzzle: Part 1”