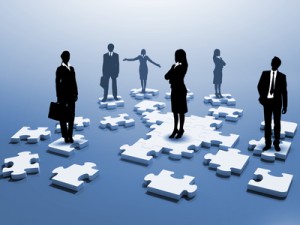 Prior to the Great Recession, the time-honored belief was that the best way to get a job was through network connections. With today’s technology, networking has taken on new dimension and we can demonstrate we are trustworthy and a valuable asset as a networking colleague and associate.

If you haven’t read Part 1 of this blog, please do. It will give better context to this blog.

In pre-recession networking methods, a career-minded individual earned credibility by consistently “showing up” and regularly conversing about industry, business concerns and perhaps common interests such as sports, nascar, pets, and the like.

This model challenged persons in their early career because their professional contribution to a networking conversation was yet to be developed. Their goal was to bring enough value in the workplace to earn the recommendation of someone influential enough to help them move up. If they were lucky, someone would mentor them and help them establish a career identity.

Demonstrate your value to your network.
Today through blogs, LinkedIn, social communities and professional chartrooms, it is possible to quickly move beyond conversation to demonstrate value, often, in real time. Demonstrating value jumpstarts the process of building trust. 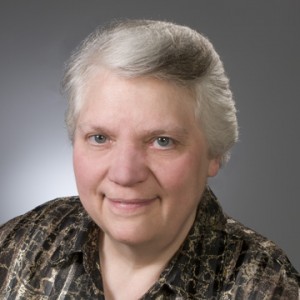 No one knows I’m short!
I love online networking and I prefer talking to people on the phone better than face-to-face. At least initially—until I’ve established some kind of credibility. Why? Because visuals can get in the way. I’m short. (Are you laughing?) I’m stocky, okay, I’m overweight…and self-conscious about it. (Are you laughing harder?) And I’m a woman. (Perhaps you’ve stopped laughing.) And I’m over 50. (Now if you are over 50, I bet you aren’t laughing at all.)

We are getting better about managing visuals but I don’t’ think anyone will argue with me that we take a lot of cues from a person’s visual presentation—even when they are immaculate with their attire and are carefully groomed.

Many years ago, when I was teaching at the University of Wisconsin in River Falls, I read an article about how undergraduate schools, specifically for women, were important and did a better job of building leaders. Women who graduated from these schools were more assertive and self-confident in a world that was prejudiced against them. Here I was a professional woman thinking, “Well, I’m not prejudiced against women. I am one!” 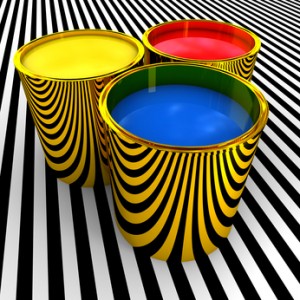 Later that day I went to the hardware store to get some paint. In the first store there was a man and a woman of approximately the same age. I was the only customer and I remember being shocked as I thought, “Hmm…I hope the man sees me first.” I believed that a man must surely know more about paint…right? Whoa!!!!!! Here I was—prejudice against women. No! Not me!

My next stop was Ace Hardware, down the street. I wanted to do a price comparison. So I went into the store and looked at paint. Again there were two people. Both were men about the same age. One was trim and the other, well, not so much. And there it was again. I hoped Mr. Trim would help me because trim people were likely to know more about paint than Mr. NotSoMuch.

I went home, sat down in my living room and thought, “You are a woman, you are Ms. NotSoMuch, and you are short. …and you are prejudiced about the very things that are YOU.” I made up my mind right then and there that I would fight these presumptions as long as I lived.

Nonetheless, they are the reality. They may not be intentional, but they are real.

For me, going online allows my content, my value-offering to take center-stage. It isn’t about me—it’s about building trust by bringing value. Being online narrows the visual information about a person—which is most often irrelevant to the content. As a result, credibility and trust already have a head start in the relationship. I like it!

And one more thing about online networking: no one knows our age unless they go out of their way to figure it out. Some people are sensitive to this issue and with good reason.

Allow me to demonstrate value with one idea using LinkedIn. I call it “Targeted Networking.” 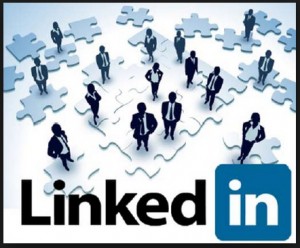 EXAMPLE: A financial analyst joined a group that included people in companies where she wanted to work. She conducted a simple poll asking how many knew a particular fine point about a specific recent legislation.

After she learned that not many people were aware of the consequences of the detail, she decided to host a 30-minute conference call for the first 20 people that were interested. She then started a discussion with the results of the conference call and the rest of the group were able to contribute. 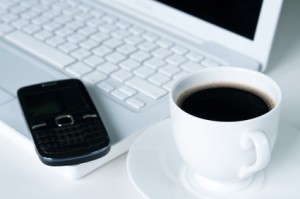 Last week I promised that we would be able to keep the cup of coffee. In this setting, I call it a “virtual cup of coffee.” This is where the conversation takes place.

Once you have connected with a potential networker and have had a few touch-points through a LinkedIn Group, consider sending them an email and asking if they would like to have a 30-minute virtual cup of coffee. You schedule a phone call and have a discussion.

You might want to discuss an industry point further or collaborate on a poll within a group to identify an industry trend…the options are endless.

Follow-up:
This is critical. Following up, keeping current and tracking your network is much easier thanks to LinkedIn and other online platforms. Set a schedule and stay active. Start a tracking document.

This takes some careful planning, but it’s worth it.

Both sets of networking are virtual. It works. Long-term relationships are established. Trust is central and yes—demonstrated!