Age and being without a job are the double whammy of unemployment.

Being long-term unemployed is a manageable situation. From the perspective of hiring professionals there are three concerns that will prevent you from being hired. You can prove that you are relevant by managing these three elements of your jobsearch. And that is how to get off the unemployment list and back to work!

The number of unemployed is decreasing. In the past year 1.1 million persons have gone back to work. The unemployment rate is down to 5.5% 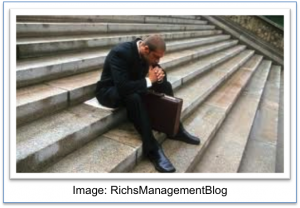 The stress is tremendous. This study reported by the U.S. Bureau of Labor Statistics (BLS) indicates that unexpected unemployment actually reduces the life-span of workers 58 years and older by three years. 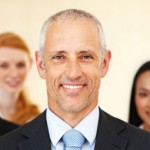 Where are the “skilled” workers?

When I hear that employers are frustrated because they can’t find the skills needed for the positions they want to fill, I seethe inside. I wonder about their ideal candidate and the expectations they have. I talk to jobseekers weekly who are long-term unemployed. Most of them are over 55, they are sharp with technology and have been actively searching for work, staying current in their industry, and volunteering to keep their primary skills relevant.

In a conversation with the CEO of a technology company I was amazed to hear, “I’m looking for a cracker-jack programmer. Someone who can go to the customer, build a relationship and as they understand the client’s needs, suggest solutions, clearly document their needs, and then create the needed software. Finally they deliver it to the client and provide both initial and future support.” 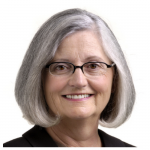 Somehow this tech CEO seems to have little concept of how skills and natural inclinations overlap. Even though he is in the technology world, he is asking for a combination of savvy sales and account management, a highly skilled programmer, and customer service/helpdesk support. Many people would describe these as contrasting skills, if not conflicting or even contradictory skill sets. In my opinion, the expectations are unreasonable. So I’m not surprised that he “can’t find skilled labor.”

A few weeks ago I listened to a presentation by Patrick Flaherty, Economist for the Connecticut Department of Labor who spoke at a JETS*** Jobseekers Networking meeting. He made an interesting comment that directly applies to concerned employers who can’t find “qualified help.”

In truth, it has nothing to do with qualifications. Mr. Flaherty said something to the effect that:
“When employers think about filling a position, they have a picture in their mind of what that person looks like and what they can do.

“This picture that employers have in mind simply doesn’t exist. Employers will need to come to terms with the idea that the best talent of people who are available to them are 55 years old and older —and it’s a great talent pool.” 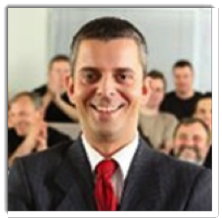 His statement reminds me of a conversation I had with an executive recruiter back in 2009. When she interviews companies to get the requirements for a position she asks them what age range the person will likely be. Again, here is my paraphrase:

“Initially, they are looking for someone in their mid-career (40 – 50 years old). However, when we send that person in to interview, they come back and say, they now realize that they want someone older.”

(That really makes me wonder what was said to the candidate that they dismissed from their hiring process …probably something about not fitting into their culture… grrrrr.)

The point here is that hiring entities have a picture that they are trying to fill. There are no words that can clearly describe the picture and it is impossible for a jobseeker to read their minds. Even if they could, it isn’t possible for any individual to cram themselves inside the complex internal image.

Further, it is especially hard when the company doesn’t know from the start what kind of individual they are looking for. They go through a set of candidates and in the process figure it out by trial and error. It can be very discouraging to jobseekers who are certain that they could fill the position, fit in, and contribute to moving the business forward.

Three things that matter if you are long-term unemployed.

Regardless of your age, the bigger culprit is the length of time of your unemployment. Over the last month I reached out to several recruiters and HR professionals and directly asked them about their concerns when they consider someone who is long-term unemployed.

That’s it! I’m encouraged! This can be managed.

In the next few blogs, I’m going to clearly tell you how to manager each of these three concerns in your jobsearch, both on your résumé and in your interviews.

*** Jobseekers Networking
Jewish Family Services of West Hartford is the finest job seekers networking group in Connecticut, possibly in the U.S. Especially due to the work of Judy Rosenthal (Re-employment specialist and volunteer), who brings first-class, no cost assistance to jobseekers.