Underemployment is a consideration for many jobseekers. Once unemployment benefits have been exhausted and resources are close to being depleted, underemployment may become an urgent necessity.

Making the decision…
The decision—to pursue underemployment—may have a deep emotional toll on the jobseeker and his or her family. It can reinforce thoughts of failure. It can steal every bit of self-worth that the jobseeker thought that he or she had to offer. The work that the jobseeker accepts can also steal their dignity in their own mind. It can be devastating. This in turn takes a toll on relationships. 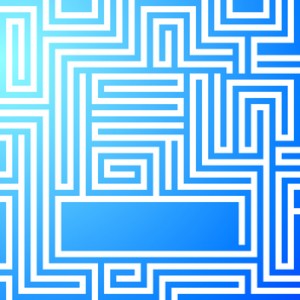 Under-employment will likely earn far less income than the position held prior to unemployment. Each paycheck may be a reminder of former salaries and push any sense of self-worth further into despair.

“I made more money than this when I was in high school.”
“I’m making half what my daughter makes—at her entry-level position.”
“I used to pay more in taxes than my entire pay check is now.”

“I used to manage more people than work in this building.”
“I was in charge of budgets in the millions…”

A True Story:
Stan (not his real name) had worked his way up through the ranks of a small manufacturing company. When he was in his late 20s, he went to the interview and was asked to complete some tasks. They told him his manual dexterity was good and he started as a wire threader. He did well.

As the company grew Stan’s responsibilities expanded. He began teaching new employees. As he looked around the shop, he realized there was considerable waste and figured out how to reduce the waste and increase the bottom line. He saw inventory that sat around collecting dust and started tracking orders as they came in.

It didn’t take long before Stan became a team leader and as he watched his team, he created a safety manual and made sure his team took the guidelines seriously. As new employees were hired, Stan was invited into the hiring process and found he had a knack for identifying the right employee.

Once they were hired, Stan became the bridge between the employees and the management. Employee engagement was high and attrition was low. He worked out deals with suppliers and constructed quality manuals and followed up to ensure customers were happy. The company grew with Stan leading the operations.

Over the years, Stan’s contribution to the company continued to be rewarded and after 22 years, he became the General Manager.

A few years later the company leadership changed. Consultants were brought in who deemed it critical that the company purchase and implement top-cost technology. Stan was part of the change and he was laid off.

Hiring in manufacturing was down, especially executives, as companies worked hard to reduce costs. Eventually Stan’s unemployment ran out. He was getting interviews but a viable job offer had not materialized. He decided he had to go back to work – anything would do.

Soon Stan was loading boxes for a national carrier. He was required to repeatedly jump down a three-foot drop, load 400 boxes per hour for four hours per day. He looked at the staff: there was no enthusiasm, just grueling work. He saw ways to maximize the staff capacity. The team needed encouragement and Stan started encouraging others on the job.

Stan began talking to his manager about ways to increase staff efficiency. He gathered the team together for two-minutes before the shift began to encourage people on their work.

Stan was being Stan. He was still a General Manager—even though his current position designated him as a “package handler”. Some of the managers resented his interference. Clearly he could do their jobs better than they could. He made them look bad to their teams. When Stan spoke to people higher in the company, he made the managers look bad to their bosses.

Stan tried to contribute as if he were in his former role. He knew he had more to offer and wanted to make the situation better. Stan yearned to bring value and contribute. It was depressing.

The Challenge of Underemployment:
The fact that you may have to settle for a job does not align with your past successes can become frustrating and make you feel stuck. 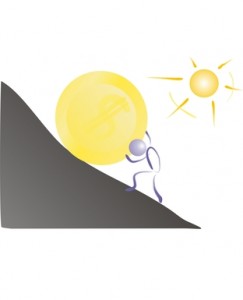 Some people begin to doubt their value and even believe that they in fact belong in this position and their prior successes were just a fluke or a stroke of luck.

The longer a jobseeker is underemployed the longer s/he will have to contend with these issues.

Two goals for the underemployed:

How to talk about your underemployment:

One uncontested reality for the jobseeker:
If you don’t stop learning and you don’t stop trying—you will get a job. I’ve watched this through eight of the most challenging economic years in the history of the United States and it has not failed even once. 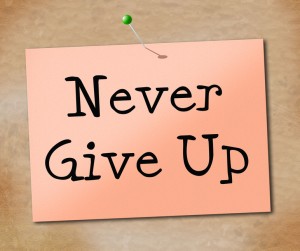 4 thoughts on “Under-employment: Is it permanent?”