It’s a time of vulnerability…
…and most jobseekers already “feel” vulnerable. A simple question or comment can cause a flood of emotions to overwhelm our thoughts. It seems that this holiday can bring out the best and worst in people, especially those who are closest to us: our family and friends. Insensitive comments and oversights take on new meaning. Not getting an invitation to a family event, or an off-hand comment, “Have you found a job yet?” can be heartbreaking, frustrating, and bring intense feelings of guilt and worthlessness. 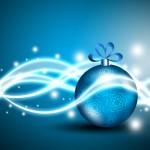 Get in the holiday spirit….really?
“I would be better off if I had cancer than being unemployed. If I had cancer, my friends and family would come alongside of me and try to help. They would find ways to show that they cared and indicate their support. But being unemployed is just the opposite. Friends and family turn their backs and find the door. They don’t “get it” …and they don’t seem to have any desire to do so.”

They described stress as:
“the perception of pressure, tension, worry, fear, dread or anxiety. The way we respond to stress can exacerbate, or even create physical and emotional problems.

UGH…and that’s without the added weight of a job search. Managing emotions during the holiday season in addition to unemployment has to be one of the greatest challenges a person can go through.

Mixed emotions:
For most people in the U.S., the season brings a variety of programs, family traditions, and many memories—some warm, some painful. Regardless of your situation, the season is known for its heavy emotional intensity, the highest stress and the greatest social challenges. Add being jobless to these predictable stresses of the season, and the situation can cause even the strongest people to fold.

For those who want to work, not having a job is a sign of failure. At a time when we think of giving to others, jobseekers generally feel they have nothing to give. An unsuccessful job search seeps into their innermost being, rips apart their sense of self, and leaves them exhausted both emotionally and physically. They never thought they would be in this situation.

My favorite eye roller…
…spoken to a CEO of a non-profit: “Jim. You’ve been out of work for over a year now. If you’d just try harder, you’d get something! They’re hiring at WalMart. There’s nothing wrong with that!”

Uh huh. WalMart is going hire the CEO of a non-profit…to do what?

Rubbing salt in an open wound…
For jobseekers, this is the time of year when their friends and family inadvertently rub salt in the open wound of unemployment.

It’s still a time of giving…
…and many jobseekers don’t “feel” like they have much to give. Christmas is a time of giving. We donate to the poor. We reach out to those less fortunate. Gift exchanges are part of office celebrations and family traditions.

Exchanging gifts is almost a universal tradition, regardless of the personal significance of the holiday. If you are jobless and can’t give or participate in the way you have in years past, you may feel like you are a failure. You may know it isn’t true, but the feeling still remains.

Q: What can you do?
A: Assess success differently.