Change. It’s everywhere now. And is sure seems like many people are struggling to keep up. Many jobseekers are in shock as entire industries change dramatically because of technology. 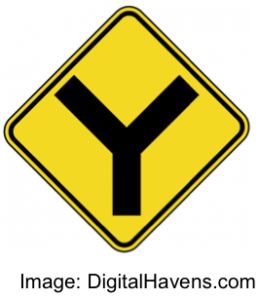 Some jobs and even entire industries are disappearing completely. People are scrambling to figure out how to repurpose their skills sets and earn a living.

I help jobseekers and I keep a close watch on the changes that technology brings to the hiring industry. It’s dramatic. Hiring professionals grapple with the changes as they try to fashion hiring practices to get the best results.

The Great Recession has been devastating. Many businesses and most non-profits have been reduced to a skeleton crew.

Human Resource professionals are frustrated as they are pressured to bring in top talent when companies don’t want to pay for it. It get’s back to my anger and exasperation with corporate greed.

Reid has had a remarkable career in radio broadcasting.

“My first radio gig was as a part-time announcer. From there I was hooked on radio. I moved up from announcer to Music Director and after 15 years or so, I became the host for the local Morning Edition. Those were four glorious years.

“Programming was the next step. How stations tracked their audiences, appealed to their tastes, and how they made enough money to operate. For 20 years I ran an award-winning news department for WNPR. I was promoted to Vice President and Station Manager.

“When the Great Recession hit, non-profits were hurting. I was let go. For over three years I did some consulting but that dwindled too. My spouse didn’t want to leave the area so my options were very slim. Finally, at 64 years old, I was doing whatever came along to keep my family afloat; painting, shoveling snow, hauling dirt…anything.

“To keep my sanity I delved into social media. Took classes, wrote blogs and launched tons of stuff to my Google circles, Twitter, and every other outlet—I knew I had to stay current with social media. 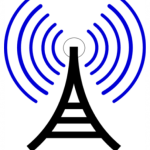 “It was difficult to consider that my career in radio was over. But reality forced me to think about other options. I’d done a lot of non-profit volunteering and running telethons at the radio stations was part of every job I had.

“Finally it dawned on me that I understood fund-raising. It was part of every job I’d had. So I created a few presentations, rethought who I was as a fund-raiser. Looking online I found a LOT of jobs for fundraising in the non-profit sector.

“It dawned on me that a part of every position, throughout my entire career, I had raised operating capital through trusting and loyal partnerships. That’s what every non-profit needs to be free of the waning government funding. I landed an offer in three interviews.”

When should you change careers?
There are several key indicators that indicate a career change is in order:

How to change careers:
First, be able to recognize a “good” job.
A good job has three components:

How do I find a new direction?
We have all filled multiple roles in our work life. The key is to identify similar activities across several positions that together, give you the needed experience to apply for a new job. Usually a career change focuses on a less significant part of former positions. 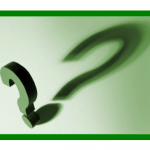 How do I apply for these new positions?
You will need to rework your résumé. Here are some suggestions:

It takes time to change your focus. As you rework you résumé, there will likely be several updates and versions. More important is to shift your mental image to clearly see yourself in the new role. Remember, hiring entities only know what they see on your résumé and online when they look you up. Self-perception is critical when you walk into the interview.

“My career started as a college professor, followed by a stint as an orchestra conductor. Since 9/11 one orchestra has closed down every week—my industry has disappeared.

“My first “make over” took advantage of my college teaching years. I applied for positions as a corporate trainer and in my new position, I trained college grads who worked at the call-center for a global mutual fund company.

“My second make-over” used my background as an orchestra conductor. Every concert is technically a project. It includes every aspect of the project manager’s triangle: time, cost, and scope. My next position was working in the Program Management Practice (PMP) for a Fortune 50 health insurance company.”

One thought on “When and How to Change Your Career”